Stockholm Arlanda Airport is an international airport located in the Sigtuna Municipality of Sweden, near the town of Märsta, 37 kilometres (23 mi) north of Stockholm and nearly 40 kilometres (25 mi) south-east of Uppsala. The airport is located within Stockholm County and the province of Uppland. It is the largest airport in Sweden and the third-largest airport in the Nordic countries. The airport is the major gateway to international air travel for large parts of Sweden.

Stockholm Arlanda Airport is the larger of Stockholm’s two airports. The other, Stockholm–Bromma, is located north-west of the city’s centre but can be used only by a small number of smaller aircraft. The smaller airports in Nyköping and Västerås are both located around 100 kilometres (60 mi) away from the Swedish capital. Stockholm Arlanda serves as a major hub for Scandinavian Airlines and Norwegian Air Shuttle. 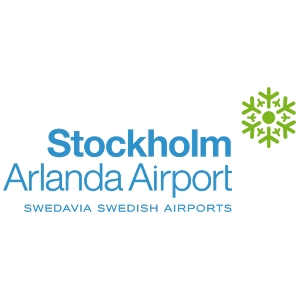 With the newly opened Comfort Hotel Arlanda Airport, which is one of the biggest airport hotels in the Nordic region, Swedavia has taken another major step in developing the airport’s hotel capacity, which will reach about …
Read More
Stockholm Arlanda Airport
190 45 Stockholm-Arlanda
Sweden