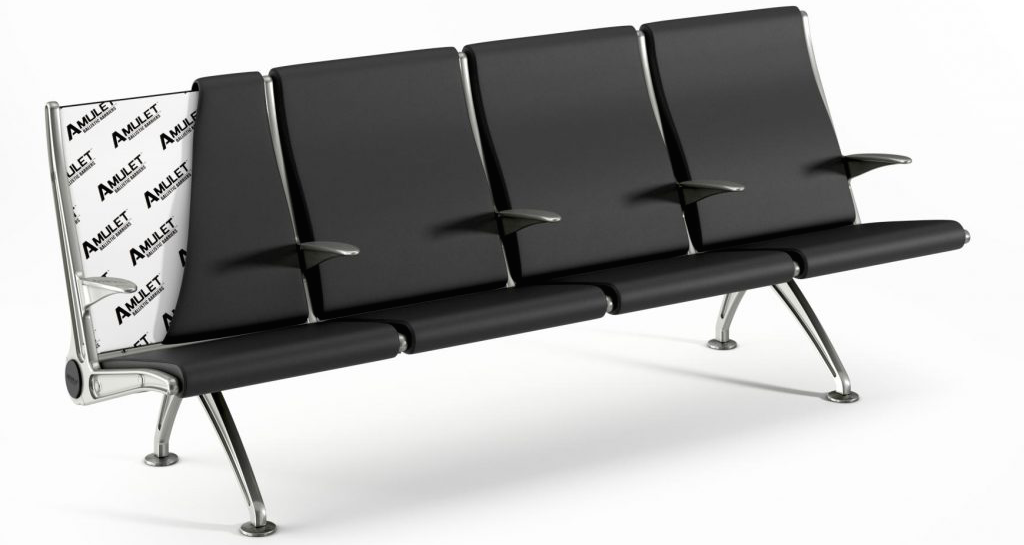 With news of ongoing threats to people and shootings in public spaces, innovative Amulet® technology provides immediate protection and security to first responders and the public without creating a sense of danger or detracting from a passenger-friendly environment. Fitted with Amulet® Ballistic Barriers, commercial furniture of all types, is now recognized as a key component of the new physical security landscape.

Amulet® technology is also finding its way into schools, office spaces, hospitals, and other public environments as it is capable of stopping multiple bullets shot from handguns, rifles, and even shrapnel from an explosive device.

The “ASTORS” award demonstrates the growing recognition that Amulet® technology is the most innovative and disruptive ballistic protection in the market today. “With the ability to provide invisible protection to the public space, forward thinking commercial furniture manufacturers, such as Arconas, can now take an active role in protecting life as they begin to become a significant component of the new security landscape,” said Jeff Isquith, President and CEO of Amulet Protective Technologies, Inc.

In order to engage the public, Amulet Protective Technologies has launched a “mini-IPO” fundraising round via Wefunder.com, the premier crowdsourcing investment site.

“This fundraising round is a way to partner with the public directly to grow our company, thereby helping us to better protect everyone from further violence,” Isquith said.