Mayor Rahm Emanuel joined the Chicago Department of Aviation in taking the next step forward in selecting a lead architect for O’Hare International Airport’s $8.5 billion expansion. The City has unveiled the designs of five architecture finalists with renderings and models representing the potential future O’Hare Global Terminal. It is now inviting the public to review the designs and share their opinions on which best represents a modern airport and the City’s aviation future.

The winning teams will deliver designs for a new, modernized terminal that will dramatically improve first impressions of the city for tens of millions of visitors every year. This unique opportunity represents the first time the City of Chicago has involved public feedback in a design competition at its airports. At 2.25 million square feet, O’Hare’s new terminal will be among the largest terminals built in the U.S.

“As the City that makes no little plans, Chicago is taking a bold step forward to choose the architect team that will set the course for O’Hare’s biggest transformation yet,” said Mayor Emanuel. “This design competition celebrates our tradition of innovation and world-leading architectural history. As we move forward with the O’Hare expansion, we invite our residents and travelers to weigh in on one of the largest terminals in the country.”

From 18th through January 23rd, residents and the traveling public can view the new terminal designs, and share their feedback in one of three ways: by visiting terminal models at the Chicago Architecture Center (CAC), by visiting a special exhibit at O’Hare’s Terminal 2, or by viewing online at www.VoteORD21.com. The feedback period ends January 23. Both the CAC exhibit of terminal models and the special exhibit at Terminal 2 will run through January 31.

“The new O’Hare Global Terminal is at the center of our plans to transform O’Hare from curb to gate,” said Jamie L. Rhee, Commissioner of CDA.  “The new O’Hare Global Terminal represents an opportunity not only for O’Hare and its airline partners to grow, but also will fuel new opportunities for residents and businesses from our 77 communities. We are thrilled to engage the public now in the first of many public feedback opportunities as we embark on our expansion program.”

Residents as well as the traveling public are encouraged to give feedback by taking a one-time survey by January 23. The survey includes five questions about the design concepts, as well as the new terminal features and expansion plan that will elevate the overall experience at O’Hare. This feedback will be considered in the final architect selection.

Five 3D models are now on display at the Chicago Architecture Center, located on 111 E. Upper Wacker Drive. The design teams were asked to deliver innovative designs to build a cutting-edge new O’Hare Global Terminal, while reflecting the legacy of Chicago’s innovation, architecture and diversity.

Viewing of the O’Hare models and designs is free but admission prices apply to other CAC exhibits. To encourage participation, CAC is offering discounted student admission $6 to all exhibits (with student ID) over the MLK Holiday weekend (Saturday, January 19 through Monday, January 21).

“The Chicago Architecture Center is proud to host the designs that will set the trajectory of O’Hare for years to come,” said Lynn Osmond, President and CEO of the CAC. “All Chicagoans have a stake in O’Hare, as a vital economic engine and an exciting gateway to our city—a place where iconic architecture reflects Chicago’s rich legacy of design innovation. The CAC, Chicago’s home for debating design, is thrilled to help Chicagoans have their say on this next great initiative for our city.”

The search for a lead architect was launched by a Request for Qualifications (RFQ) in June 2018 by the Chicago Department of Aviation (CDA) through the Chicago Department of Procurement Services (DPS). In response, 12 teams submitted Statements of Qualifications, and five teams were later shortlisted based on the city’s evaluation. The City’s intention is to select two design teams: one to design the O’Hare Global Terminal and Concourse; and another to design two new satellite concourses.

O’Hare 21 is Mayor Emanuel’s vision for a modern O’Hare. O’Hare 21 calls for a dramatically improved travel experience, better access and amenities for customers, capacity to accommodate today’s fast-growing aviation industry, and builds the foundation to fuel Chicago’s leading connectivity. The centerpiece of this program is the $8.5 billion expansion of O’Hare, set to increase gates, terminal capacity and amenities, and enhance the city’s leading global connectivity. Over the next decade, O’Hare 21 is anticipated to create tens of thousands of construction jobs, and to continue growing economic opportunity to support the City and its future.

To give feedback on the O’Hare expansion, visit www.VoteORD21.com today. 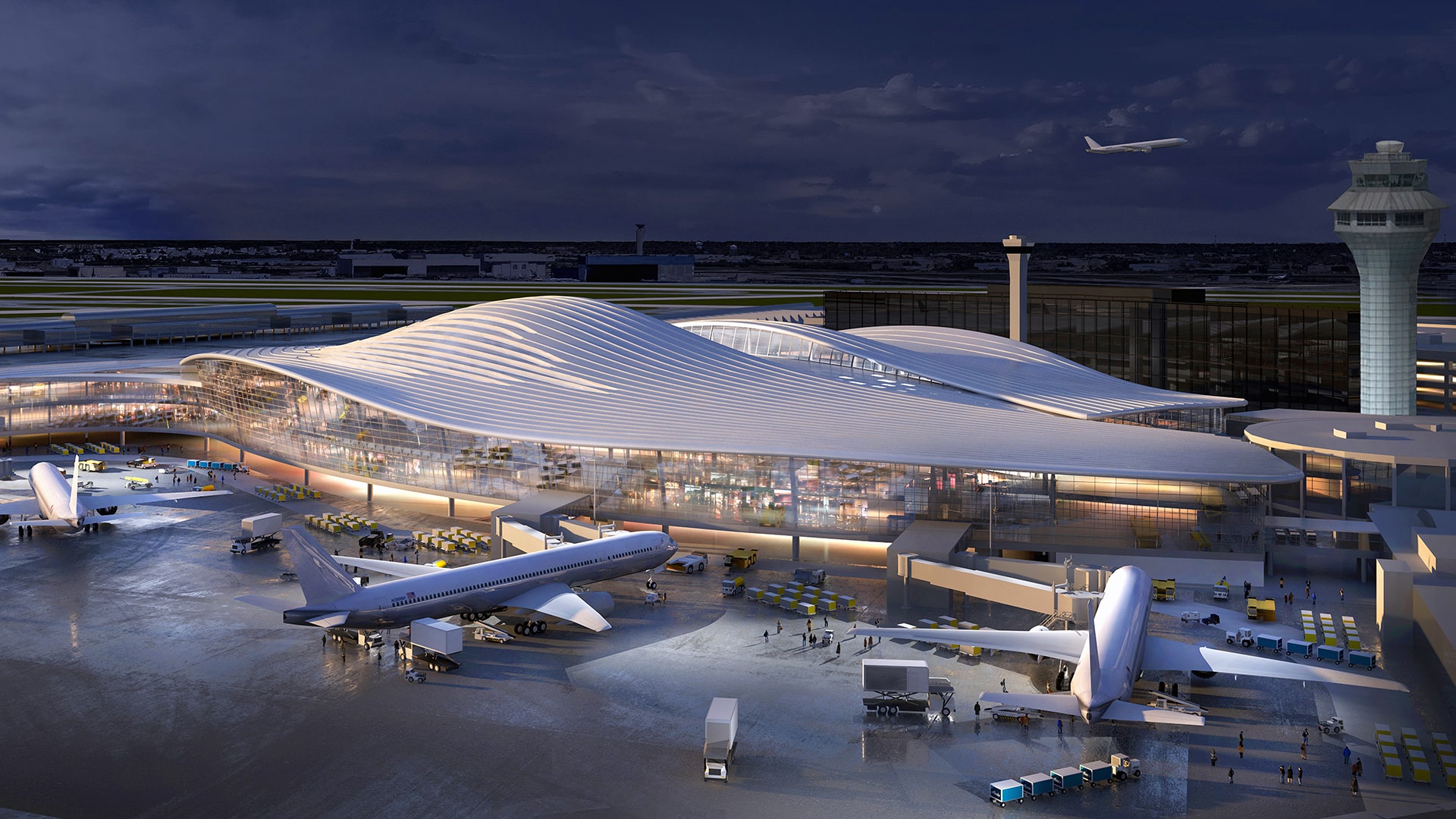 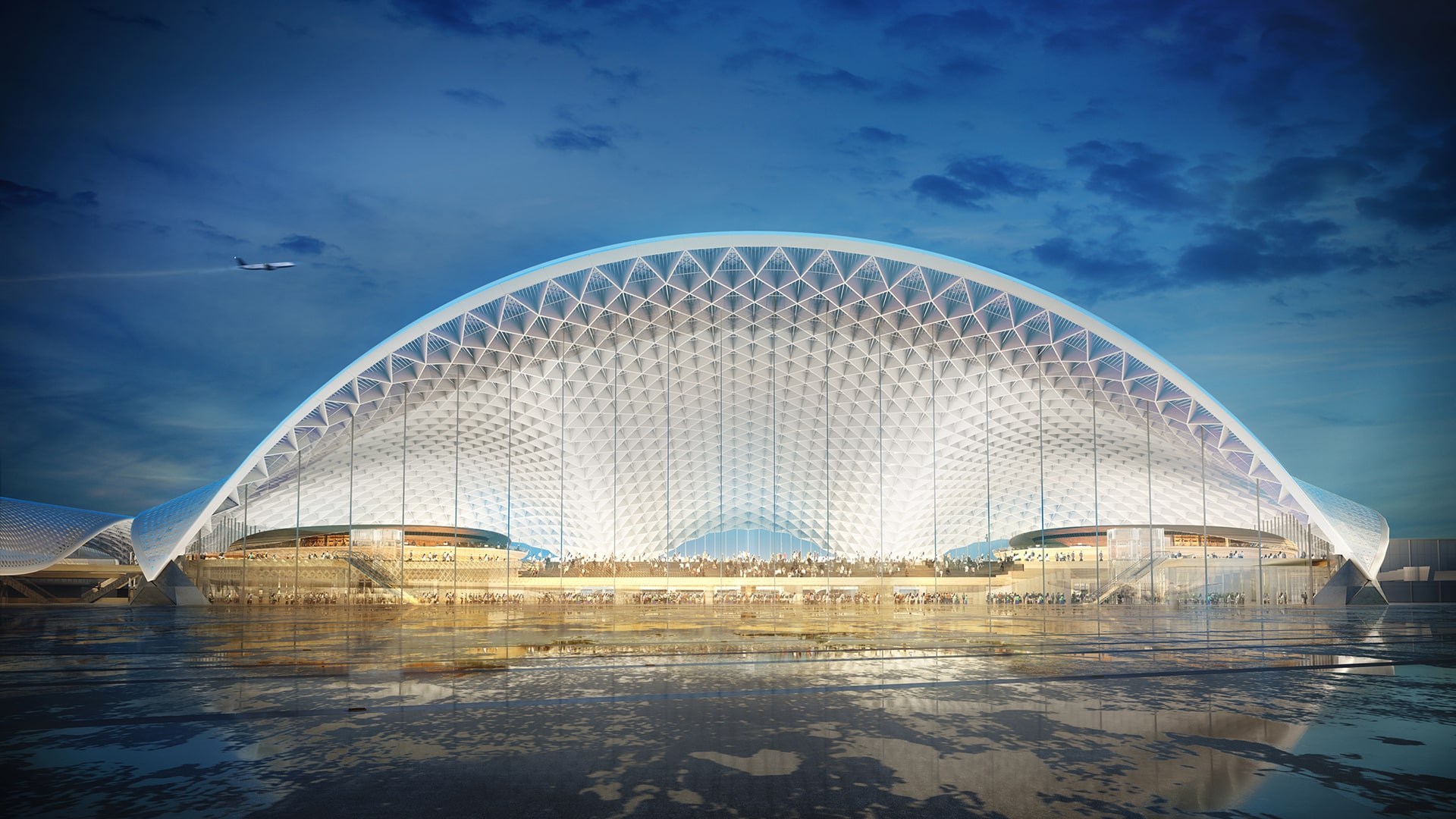 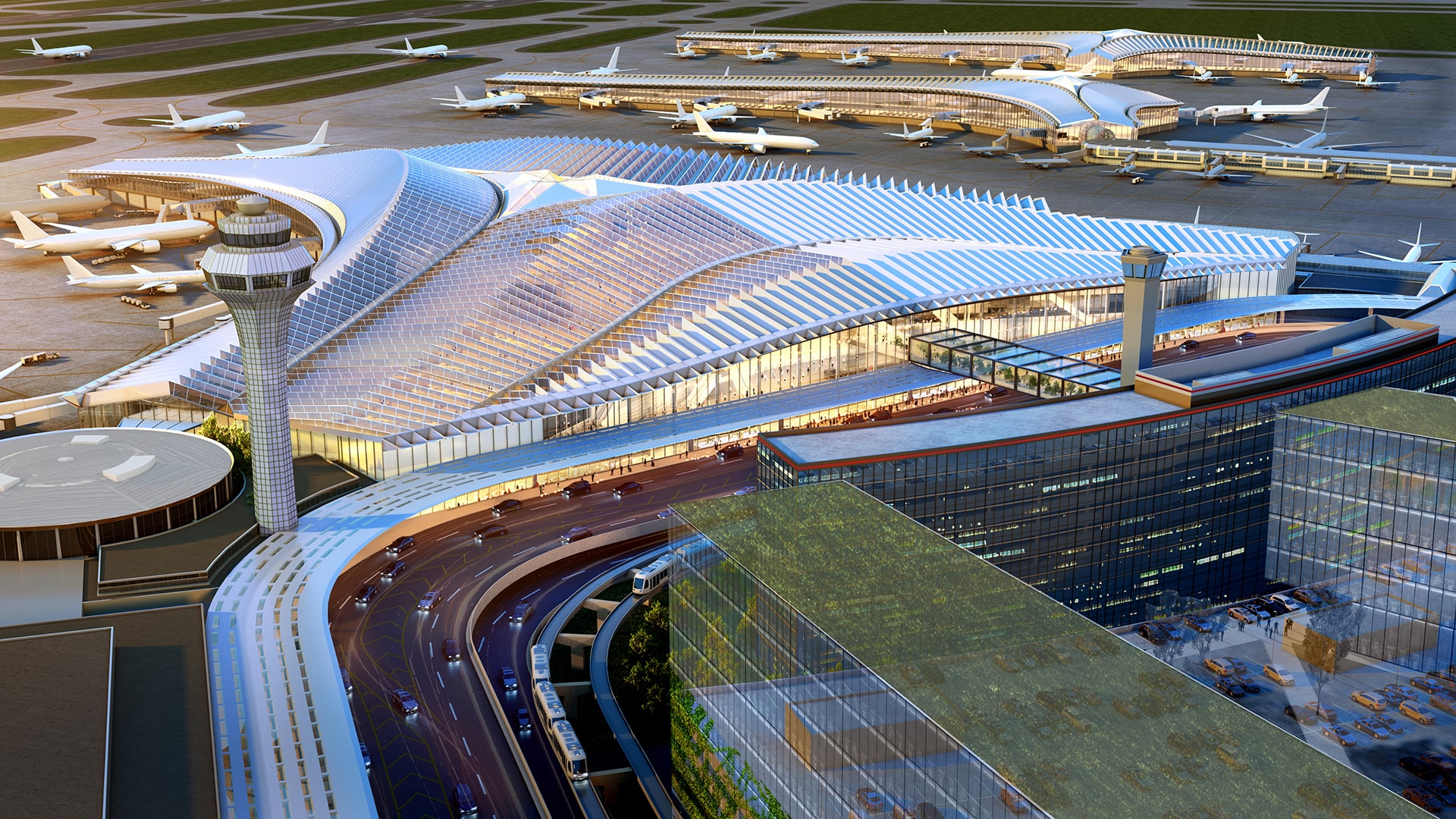 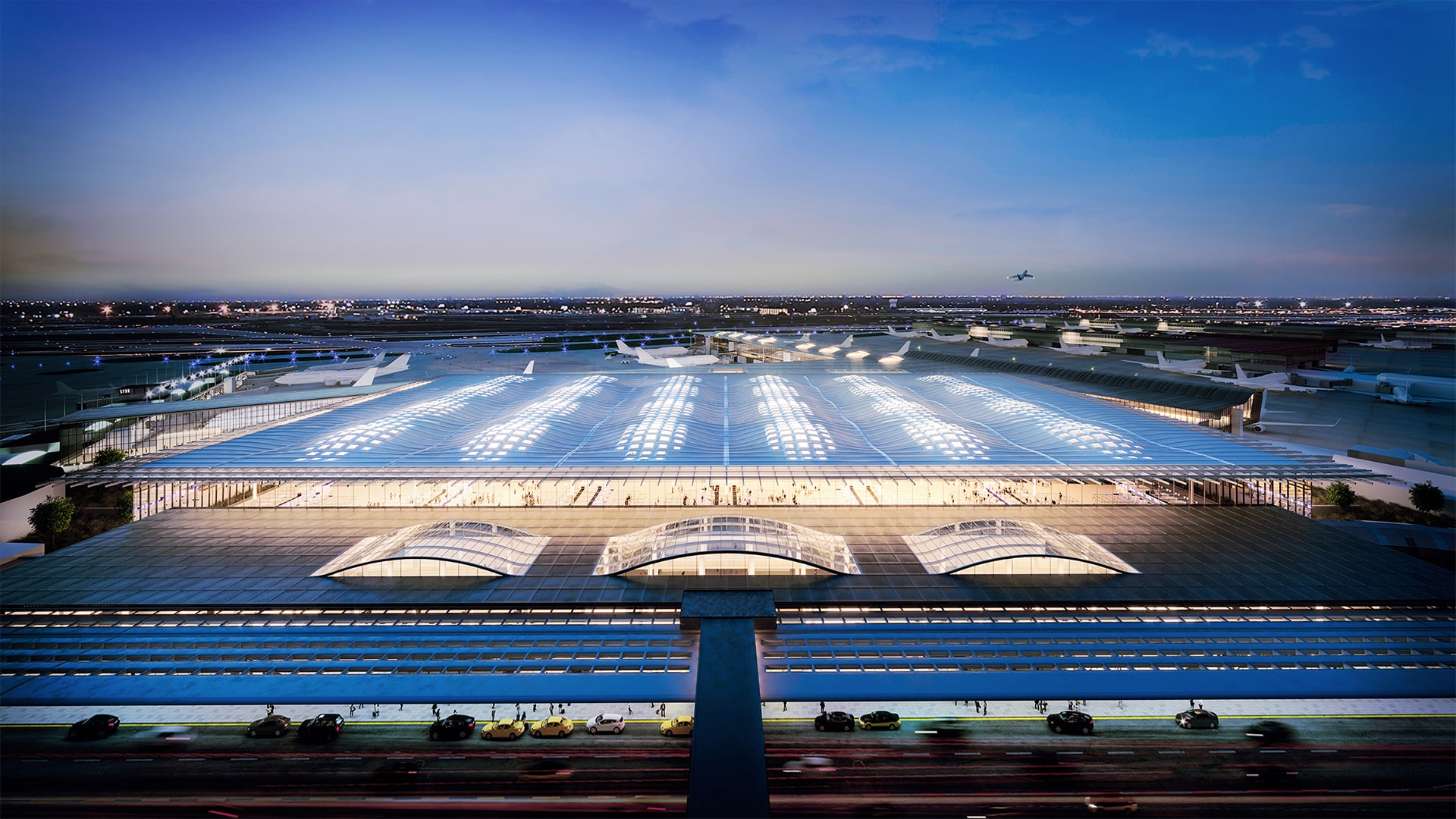 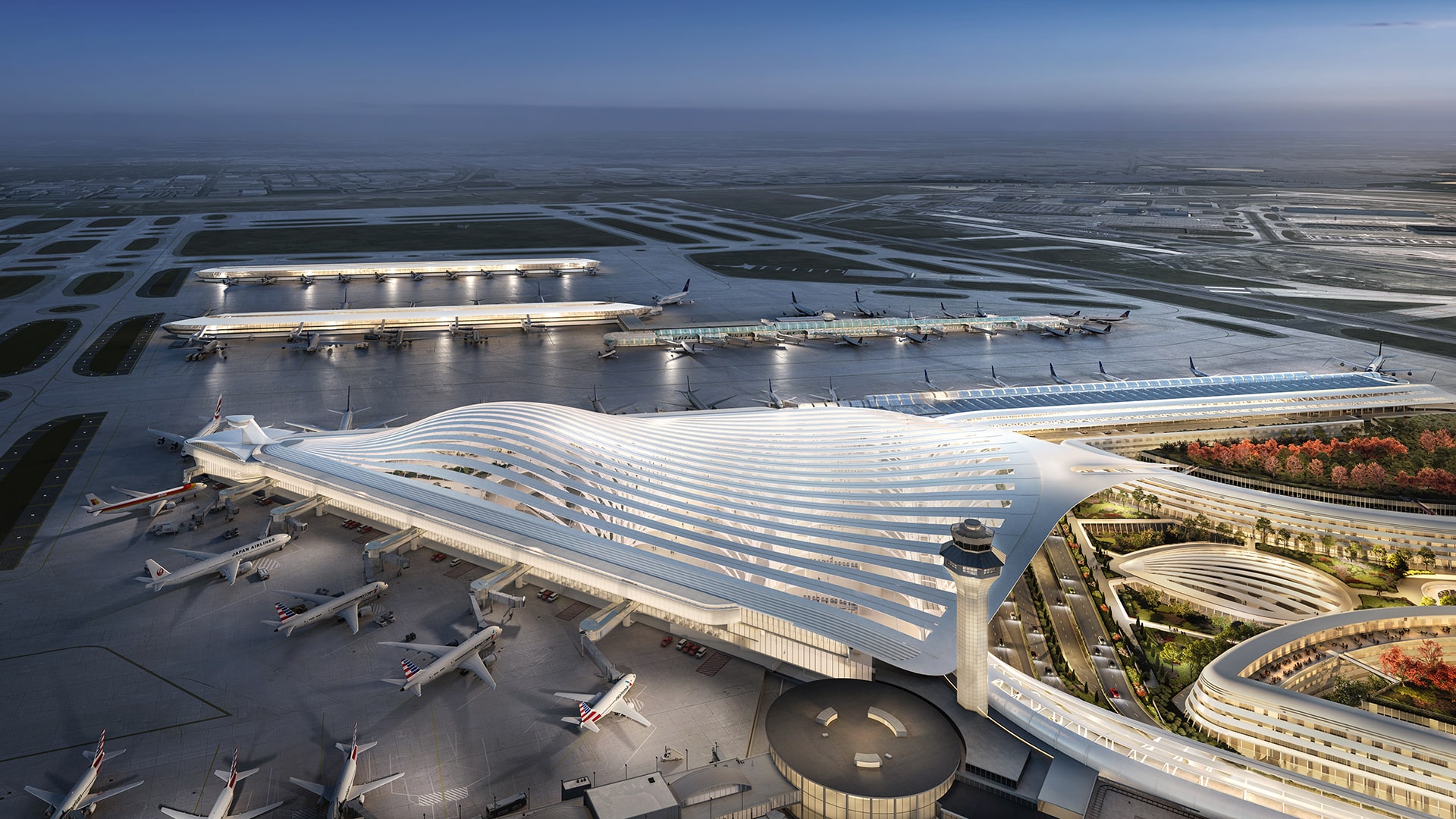