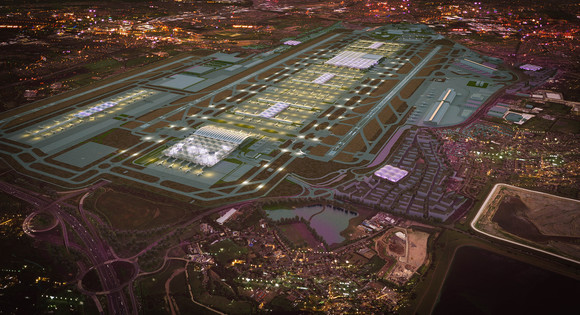 Heathrow expansion has taken a significant step towards delivery as the airport unveiled the details of a its first phase of public planning consultation on the project set for the new year.

The 10-week consultation will launch on 17th January and run until 28th March, giving local communities and stakeholders an in-depth opportunity to shape Heathrow’s expansion proposals, that aim to support an even more sustainable future airport operation. This consultation is the latest expansion milestone, keeping Heathrow on schedule to deliver the trading infrastructure Britain will need to succeed post-Brexit.

The consultation will be formed of two parts – the first on infrastructure design options for an expanded Heathrow and our approach to managing and reducing environmental and community impacts, while the second will focus on the future design principles for airspace around Heathrow. Importantly, Heathrow will not compromise on any of its commitments to the local communities as part of this consultation – including compensating eligible property owners for the unaffected market value of their property plus an additional 25% home loss payment, stamp duty, legal fees and moving costs, the pledge to introduce a 6.5 hour ban on scheduled night flights and the commitment to only release new capacity if strict air quality limits can be met.

Over the past year, Heathrow has been working alongside local stakeholders and airline partners to evolve the expansion plans submitted to the Airports Commission. The consultation starting in January will be an opportunity for the public to view our emerging proposals and options in detail and provide feedback on them. These include options for the design of the expanded airport facilities, the reconfiguration of the M25, changes to local roads and rivers and use of nearby land for construction and other uses, as well as our approach to managing and reducing the effects of expansion on local communities and the environment

Delivering expansion affordably is a key priority for Heathrow and the consultation will also include how this can be achieved by phasing the construction of new terminal infrastructure at the airport. By incrementally increasing infrastructure to align more closely with passenger growth, Heathrow is increasingly confident that expansion can be delivered, while keeping airport charges close to current levels – ultimately resulting in more affordable fares for passengers.

“Expanding Heathrow is pivotal to Britain’s future prosperity and it’s a chance to make the airport a better neighbour for our local communities. Over the past year, we’ve been working hard to evolve our expansion plans and have come up with several new options to deliver it more responsibly and affordably.

“Next January, we’ll be sharing these options in a 10-week public planning consultation and we want to hear what you think. By working together throughout the consultation, the public can help shape our plans and, jointly, we can ensure that expansion delivers for our passengers, businesses across Britain and importantly for our local communities.”