Heathrow Airport has revealed its state-of-the-art centralised tracking system which will become the expansion’s nerve-centre, connecting a network of offsite construction hubs, across the UK. The technology will track millions of component parts that will make up the expanded airport in real-time, enabling the final four Logistics Hubs to work in unison throughout construction.

Siemens Digital Logistics pitched the idea as part of the Heathrow Innovation Partners process – a search for partners to help deliver the expanded airport efficiently, affordably and sustainably. The Heathrow expansion will pioneer the large-scale use of offsite construction, kick starting the jobs and economic growth that expansion is set to bring.

As Heathrow prepares to select its final four Logistics Hubs, a cutting-edge centralised tracking system for expansion has been revealed. The technology will serve as a nerve-centre, enabling a network of separate offsite construction centres to work in unison throughout the project. The technology will track and monitor millions of component parts of the expanded airport, providing updates to the construction sites and keeping the incredibly complex expansion project moving.

The concept was successfully pitched by Siemens Digital Logistics as part of the Heathrow Innovation Partners process, which threw open its supply chain inviting any organisation to share ideas on how expansion could be delivered more efficiently and affordably. Last year, over 150 organisations initially expressed interest in partnering with Heathrow, and now Siemens Digital Logistics being named as one of the businesses that will see its idea become integral to the airport’s offsite strategy, potentially transforming the way that major infrastructure is delivered in the UK.

Heathrow’s Innovation Partner search is just one of the ways that the airport is looking to spread the benefits of expansion to across the UK, whilst mitigating the project’s impact on local communities. Since 2017, the airport has been looking for communities keen to become Logistics Hubs, construction centres that pre-assemble parts of the expanded airport offsite before transporting them to west London in consolidated loads just as they are needed. The final four sites, which are set to be announced next year, will use this centralised tracking technology for the efficient management of the project.

When constructing Terminal 2, parts of the new building such as the car park were assembled in Northern Ireland before being transported to Heathrow. The process, which is comparable to flat pack assembly, but on a much bigger scale saw concrete being precast offsite before being fitted together at the airport. This approach allowed for several tasks to be completed simultaneously in different locations, instead of being concentrated at one congested building site, reducing the amount of time and money spent on the terminal’s construction. With expansion, Heathrow will be using offsite assembly on a much bigger scale on more sites across the country. This technology will help to track the movements of many pieces and processes that make up the expanded airport, keeping the sites in sync as they work to deliver Britain’s new runway.

The announcement coincides with the last stage of the search for the final four Logistics Hubs, the launch of the Invitation To Tender (ITT), which will see the shortlisted sites make their final case to the airport, demonstrating that they have the diverse supply chain, local support and the skills the project requires.

“Expansion secured the overwhelming support of MPs across the country because it was clear that the project would deliver for every region in the UK. This announcement sees two exciting opportunities coming together, as we green light a ground-breaking solution from an Innovation Partner with the final step in our search for Expansion Logistics Hubs. The Expansion project can benefit communities and businesses way beyond West London, so it’s great to see more partners joining us in our relentless search for opportunities to unlock value across the UK, as we deliver this once in a generation project.” 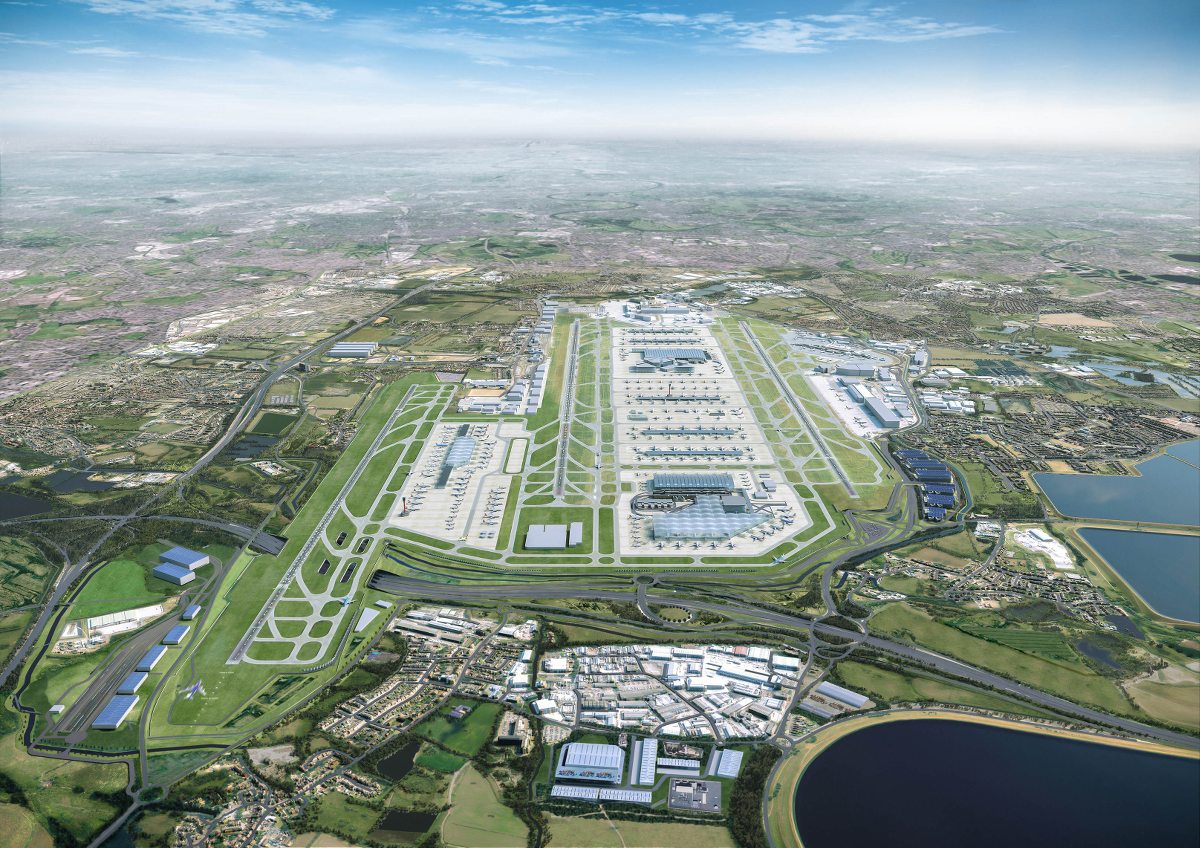