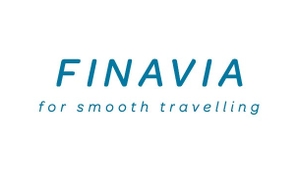 Efficient, safe and easy to drive. The new heavy-weight fire-rescue vehicles, Rosenbauer Panthers, have been taken into use by Finavia’s own rescue service at Helsinki Airport

The fire rescue equipment of Helsinki Airport’s own rescue service was recently updated with new Rosenbauer Panther vehicles. Their predecessors served the airport for 16 years, and were either resold, transferred to other airports, recycled or demolished, depending on their condition.

The new “Panthers” are a welcome addition to Helsinki Airport’s rescue service, which consists of three fire stations, 37 employees and five rescue vehicles ready for action at all times.

“We are positioned in three different stations and have a crew of at least six firemen and a fire master. Four of the vehicles are also on standby 24/7”, says Jarkko Heikura, Manager at rescue service of Finavia.

Gigantic yet agile
The “Panthers” are made in Austria and designed specifically for airport usage. Similar units can be found at several airports around the world. The vehicles purchased for Helsinki Airport represent the newest model, Rosenbauer Panther PA 146 ARFF, spectacular in all its features:

“The new model clearly stands out from the older one. Our new Panthers are safer, more efficient and simply better as to their road-handling performance. The electronic devices are a great addition in challenging conditions”, Heikura lists the advantages.

The tank-like Panthers differ from ordinary rescue vehicles by their looks and capacity. They are wider and the centre of gravity is lower, which enables driving to an accident scene in high speed on different beds. The water pump and cannons are several times more powerful than the ones used in regular fire trucks. Moreover, both the roof and bumper cannons are remote-controlled, so the driver can use them directly from the cabin.

The rescue staff at Helsinki Airport has been pleased with the new vehicles. Despite their weight, the Panthers move almost as smoothly as regular cars. What matters most, however, is their performance:

“The task is simple: to take as much water and foam as possible to the rescue scene, and do it as fast as possible”, Heikura concludes.