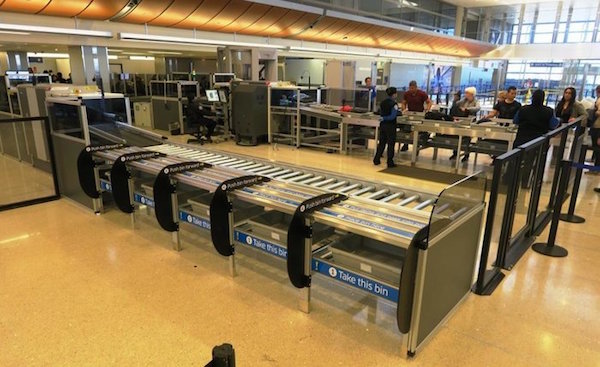 Carried out in partnership with the US TSA, the automated lanes allow up to five guests to load their trays at the same time thanks to a conveyor system that automatically feeds trays to each position.

Trevor Daley, deputy executive director for external affairs, LAWA, said, “We’re very excited that all 14 lanes are now available for use, as they can increase the number of passengers screened by as much as 30% over the old screening lanes, making things faster, more efficient, and less stressful for our guests.”

The work began in July 2017 and involved replacing 14 of the checkpoint’s 16 lanes with the new technology. The remaining two lanes were also replaced, but use a traditional screening system to handle odd-sized items. The lanes were installed in groups of two and three while the checkpoint continued to operate.

“This project came in ahead of schedule and under budget,” said Aura Moore, chief information officer, LAWA. “From the airport’s perspective, the collaboration and partnership between LAWA, the TSA and the contractor was key to bringing these new lanes online with minimal impact to our international travelers. For LAX guests, this is a great example of how technology will help speed their journey through the airport while also improving safety and security.”

LAX now has 27 automated security lanes in operation, with additional lanes in terminals 2, 4 and 7. According to the TSA, LAX has more automated lanes than any other US airport. Three more lanes are expected to open in Terminal 3 later this year.