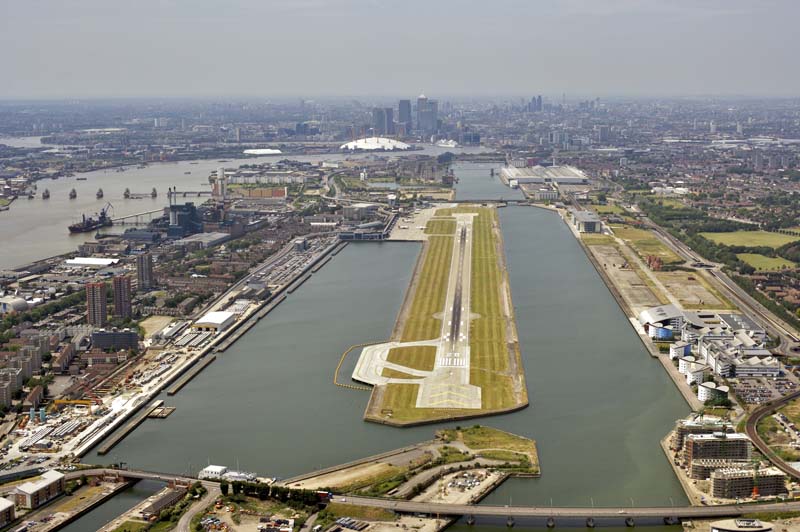 A £344million expansion of London City Airport has been given the green light by the UK government.

Chancellor Philip Hammond, Transport Secretary Chris Grayling and Communities Secretary Sajid Javid this morning announced approved plans for an extended terminal, new aircraft taxiway and parking spaces for planes. The scheme is estimated to create 1,600 airport jobs, together with 500 construction jobs, and could potentially contribute £1.5bn to the UK’s economy by 2025.

“London City Airport’s ambitious growth plans will boost international connections, strengthening the City of London’s links to destinations across the world, and send a clear signal that Britain is open for business,” said Mr Hammond.

“Making it easier to visit and do business in the City of London will help drive forward our economy and further strengthen the city’s status as the world’s leading financial centre.

“This is a real vote of confidence in the resilience of our economy, creating over a thousand new jobs.”

The extension will include extra space for planes to taxi to and from the runway and new plane stands, allowing bigger, more modern planes to use the airport, enabling more flights at peak times, with bigger, newer and quieter planes. The Docklands airport will also invest in local transport links, including footing the £2.6million bill for extra DLR trains, investing in a bus and taxi access scheme and improving walking and cycle routes to the airport.

Mr Grayling said: “These new plans for London City Airport will deliver jobs and business in the Capital and more widely.

“Companies across the UK will be able to bid for construction and procurement contracts worth £294 million, meaning the benefits will be felt up and down the country.”

The expansion question, which has polarised opinion for some time, has been answered following a public enquiry earlier this year. However campaign group HACAN East, long-term objectors to proposals, claim today’s decision is bad news for residents.

A government spokesman said a “generous compensation” package will be provided by the airport to support local residents affected by the increase in air traffic. However Mr Stewart believes the expansion will be detrimental to residents day-to-day lives.

He added: “The airport claims that the expansion will create over a thousand jobs. That is in the realm of speculation. “What is certain is that residents’ quality of life will get worse.”

However the London Chamber of Commerce and Industry (LCCI) believes expansion will boost business and investment across the capital. Head of policy Rob Griggs said: “This is very welcome news for London’s economy and for the rest of the UK.

“LCCI has repeatedly said that we need to allow airfield and terminal enhancements at London City Airport to boost capacity in the short-term. “However, it does not mean that we can continue to delay a decision about new runways in the south East.”