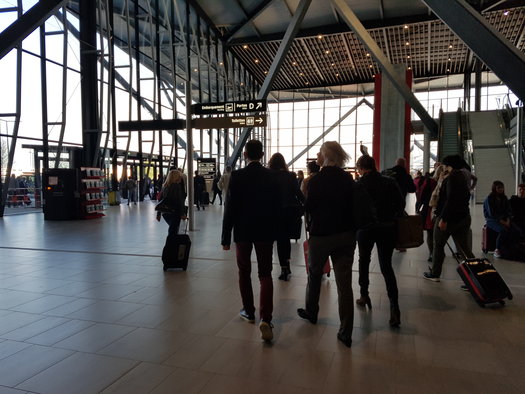 The first passengers have traveled through Lyon-Saint Exupéry Airport’s new terminal after it opened its doors to the first low cost carriers.

The low-cost carriers Air Arabia, EasyJet, Transavia and Pegasus have started operating from Hall B. Conventional airlines will operate from the new terminal from September.

A new entrance and walkway to the terminal is being built, as well as changes to the road links. Hall B will feature a 10,000m² shopping area, restaurant and relaxation area.

The expansion work also includes the destruction of the old check-in area in Terminal 3 to create a link to Terminal 1.