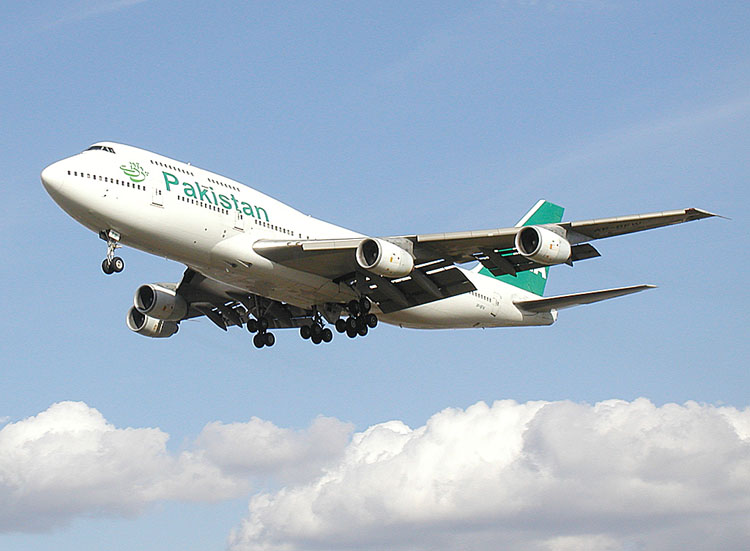 A plane carrying about 40 people crashed on the slope of a mountain in northern Pakistan on Wednesday, with witnesses on the crash site saying there were unlikely to be any survivors.

The military said 21 bodies had been recovered and rescue efforts continued.

Pakistan International Airlines (PIA) said its plane lost contact with the control tower en route to the capital, Islamabad, from the northern region of Chitral.

The airline said the plane crashed at 1642 local time (1142 GMT) in the Havelian area of Khyber Pakhtunkhwa province, about 125 km (77 miles) north of Islamabad.

“All of the bodies are burned beyond recognition. The debris is scattered,” Taj Muhammad Khan, a government official based in Havelian, told Reuters.

Khan, who was at the site of the crash, said witnesses told him “the aircraft has crashed in a mountainous area, and before it hit the ground it was on fire”.

Images shown on Pakistani TV channels and circulated on social media showed a trail of wreckage engulfed in flames on a mountain slope.

Irfan Elahi, the government’s Aviation Secretary, told media the plane suffered engine problems but it was too early to determine the cause of the accident.

PIA said the plane was carrying 48 passengers, including five crew members and a ground engineer. But Sohail Ahmed, a PIA official in Chitral, said there were 41 people on board, while the Civil Aviation Authority (CAA) earlier put the number of people on board at 47.

A local trader at the site of the crash said the fire was still burning nearly two hours after the crash, with rescue officials now on the site.

The military said it had sent troops and helicopters to the site of the crash.

A PIA spokesman said the dual turboprop engine plane lost contact with the CAA at around 4.30 p.m. (1130 GMT).

“PIA is doing everything possible to help the families of passengers and crew members,” the airline said in a statement.

Junaid Jamshed, a well-known Pakistani pop star turned evangelical Muslim cleric, was on board the crashed aircraft, according to Ahmed, the PIA official in Chitral.

Jamshed, a singer in one of Pakistan’s first major rock bands in the 1990s, abandoned his singing career to join the Tableeghi Jamaat group, which travels across Pakistan and abroad preaching about Islam.

In his last tweet, Jamshed posted pictures of a snow-capped mountain, calling Chitral “Heaven on Earth”. The region is one of the most popular tourist destinations in Pakistan.

According to the flight manifest, there were three people on board with foreign names.

Plane crashes are not uncommon in Pakistan and safety standards are often criticized.

PIA has also suffered major disasters in the past.

In 2006, a PIA plane crashed near the central city of Multan killing 45 people.