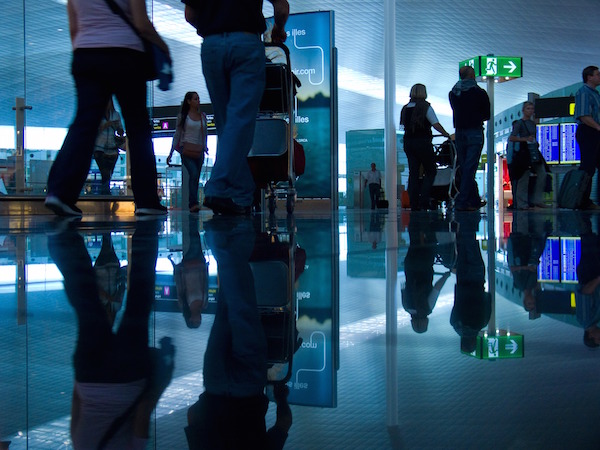 The growth was generated by the EU market, with airports in the bloc seeing a hike of 6.7%. On the other end of the spectrum, passenger traffic at non-EU airports decreased on average by 0.9%, predominantly due to a fall in demand by 6.6% for flights to Turkish airports.

Terrorism and political instability had its part to play in the statistics, with attacks taking their toll on footfall to Belgium, France and, to a much lesser extent, Germany. Although gradually improving after the summer, passenger traffic remained weak to Russia for the entire year.

Problems elsewhere on the continent led to a rise in demand for holiday makers heading to Croatia, Cyprus, Bulgaria, Greece, Romance, Spain and Portugal. Most of these destinations witnessed a double-digit growth in passenger arrivals, along with Ireland, Hungary, Luxembourg, Lithuania and Poland.

Olivier Jankovec, director general of ACI Europe, commented, “Europe’s airports have welcomed an additional 300 million passengers since 2013, with 80% flooding the EU market. Unsurprisingly, that increase is starting to weigh on capacity levels, operations and resources.

“Much of this impressive performance is down to three interrelated factors: Improving economic conditions driven by private consumption and falling unemployment; low oil prices; and airline capacity expansion.”

Freight traffic also grew across Europe’s airports by 4.1%, which is the best performance since 2010 and confirms improving economic conditions for the continent. Aircraft movement was also up 3.2%.

Low Cost Carriers (LCCs) were the key drivers of passenger traffic growth for the period thanks to successful moves upmarket, the development of low cost spin-offs by Full Service Carriers, and the emergence of long-haul and low-cost options.

This meant growth was concentrated on secondary and emerging hubs in addition to medium-sized airports. This was most notable in Barcelona, which saw a 11.2% increase, Dublin’s 11.5% rise and a 10.8% hike for Manchester.

Among the top five European hubs, only Amsterdam Airport Schipol grew significantly with a 9.2% jump. It replaced Istanbul’s Ataturk as the third busiest European airport with 63.6 million passengers, behind only London Heathrow’s 75.7 million passengers and 1% growth and Paris-Charles de Gaulle’s 65.9 million footfalls and 0.3% rise.

Ataturk airport slipped to fifth place with 60 million passengers, a 2.1% decrease, while Frankfurt secured its place as fourth busiest European airport despite a 0.4% reduction in footfall with 60.7 million passengers.

Looking ahead to what 2017 holds, Jankovec added, “This current growth dynamic is likely to hold up in the coming months, possibly until early Spring.

“Short-term downsides risks relate to the price of oil, which is forecasted to be almost 30% above its 2016 average, and airlines exerting capacity discipline.

“Beyond that, our trading environment is becoming more unpredictable and prone to disruptions due to mounting geopolitical risks. These include the permanence of terrorism threats, increasing political instability both within and outside Europe, and Brexit.”