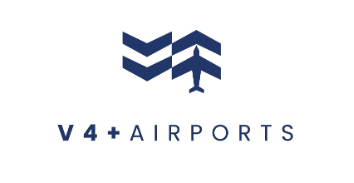 Representatives from dozens of airports from 15 countries met in Warsaw during AIR 2022 – Airport Innovation Roundtable for Central Europe, to discuss the future of the aviation market. It was the biggest conference on the aviation industry in Central Europe.

The international conference was organized by the V4 + Airports Association and the “Polish Airports” State Enterprise to exchange observations, experiences and knowledge about the aviation industry.

It may sound like a cliché, but the difficult situation on the market – the pandemic, war, economic and climate crisis, are all extremely demanding challenges. Such times require courage and cooperation. Personally, I believe that the aviation and airport industry will develop dynamically in the coming years, and we want to and we will play a  part in this growth. It is a great responsibility, but also a chance for many good changes and long-term cooperation. – said Stanisław Wojtera, CEO of the “Polish Airports” State Enterprise.

The AIR2022 conference consisted of several thematic blocks, with the participation of international specialists and experts in fields related to the industry. The main topic was innovation in the field of civil aviation, incl. big data and artificial intelligence at airports. The participants of the meeting also focused on issues related to the future of the tourism industry and European airports.

I have mentioned it a year ago, but it is even more important today. Aviation industry, especially in Poland, but also in whole Europe, is rapidly recovering. Those who predicted a year ago, two years ago, that people will stop travelling by plane, will stop flying, that everything will change and there will be no future for aviation – they were all wrong. We are all coming back. Of course, not all the segments at the same pace, at the same time. We are facing new challenges, new crises – aggression on Ukraine being the most important at the moment.

Polish government continues Solidarity Transport Hub program, which is the biggest aviation construction project currently in Europe. We are building an innovative, modern, intermodal international hub. We are going to open Warszawa-Radom next year, we’re going to break the ground and start constructing STH. – said Marcin Horała, Secretary of State in the Ministry of Funds and Regional Policy.

Among the guests of the V4+ Airports Association were international specialists and experts in fields related to the aviation and airport industry, incl. representatives of the Association of German Airports, including ADV CEO Ralph Beisel. The event was also attended by a delegation from Ukraine’s airports and aviation authorities, which presented preliminary plans for the reconstruction of air traffic after the war. The panelists included representatives of the most important aviation organizations such as EUROCONTROL, IATA and representatives of airports, LOT Polish Airlines, Emirates and Wizzair, as well as scientists from Poland and Europe. One of the most important guests at the meeting was Oliver Jankovec, Director General of the International Airport Council (ACI Europe).

Poland is an example of a country that keeps focusing on long term planning of the infrastructure development and long term focus is becoming increasingly rare in Europe. Past two years have taken a big toll on the airports and its staff, but we are finally recovering. Our latest data shows that passenger traffic in July has doubled across European airport network, so we are getting pretty close to the pre-pandemic level. – said Oliver Jankovec, Director General of the International Airport Council (ACI Europe).

The hosts of the conference did not limit themselves to the European market – the Canadian Embassy was the AIR 2022 partner, and the event was attended by Canadian companies that presented the latest solutions to help prepare the airports for the coming years.

The largest international industry conference organized by the V4+ Airports Association is another step towards strengthening the cooperation of the aviation market throughout Europe. The presence of representatives from over a dozen countries and the involvement of global companies related to the aviation market and the airport, confirm the need and legitimacy of extensive cooperation, which was initiated over a year ago by the “Polish Airports” State Enterprise.