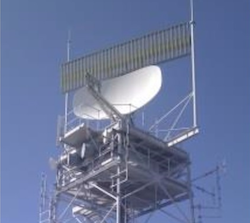 Jersey Airport are today’s starting a 6-month project to remove the old primary radar and replace the secondary radar system along the Island’s north coast is due to begin week commencing 22 August 2016.

Radar systems are used by Jersey’s air traffic control (ATC) to assist with the co-ordination of aircraft in and out of the Island’s air space. The primary radar system is now very old and expensive to maintain. Secondary Surveillance Radar (SSR) is a radar system used in ATC, that not only detects and measures the position of aircraft i.e. its range and bearing, but also requests additional information from the aircraft itself, including its identity and altitude using a technology called  ‘Mode S’.

Although both primary and secondary radar systems are currently used by Jersey Airport the reliance on the former has decreased over the years and it also conflicts with the island’s 4G mobile phone system. The decision has been taken to remove this primary radar and upgrade the secondary radar, which was first installed at Les Platons over 20 years ago. The new radar will be protected by a radome, similar to the one recently dismantled at La Moye by Jersey Met. This will give better protection to the radar, especially during inclement weather and will improve the environmental impacts by removing the visual rotation, reducing noise, maintenance costs and improve the health and safety of the technicians working on the system.

A budget of £2m has been allocated from Ports of Jersey Ltd fund for the entire project and the process is unlikely to impact on day to day airport operations. The removal and installation work will be carried out by the radar manufacturer, Raytheon UK and project managed by Systems Interface Ltd, an aviation integration specialist.