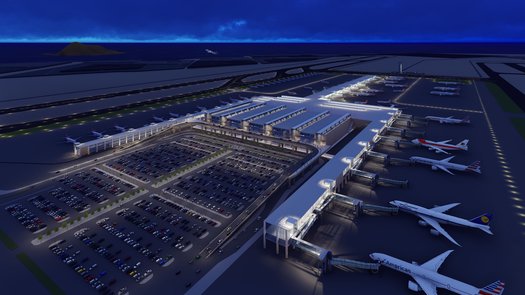 Lima Airport Partners (LAP), a Fraport majority-owned company, and the government of Peru have signed an amendment to the 2001 Lima Airport Concession, making it possible for LAP to move ahead with a major expansion program for Lima Jorge Chavez International Airport.

The amendment outlines when and how the government should hand over land needed for the expansion of the airport. Scheduled to begin in 2018, LAP’s expansion program will require an investment of approximately US$1.5bn. Development plans call for a second runway to be built first, as well as a new state-of-the-art passenger terminal and other infrastructure to meet increasing traffic and to further enhance the customer experience at Lima Airport.

Peru’s capital city airport welcomed 18.8 million passengers in 2016 and recorded double-digit growth of 10% year-on-year. During the first half of 2017, Lima Airport served 9.7 million passengers, an increase of 8.4% compared to the same period in the previous year.

Dr Stefan Schulte, executive board chairman, Fraport, said, “We thank the Peruvian government for reaching this landmark agreement with LAP. This step forward is critical for Lima Airport’s continuing success as a win-win concession for all. One of the most successful airports in Fraport’s global portfolio, Lima has consistently achieved strong growth, a high level of customer service and recognition, and it offers great potential for Peru and South America.”

Juan José Salmón, the CEO of LAP, said, “This comprehensive and mutually beneficial agreement with the Peruvian government will provide the necessary land and framework for advancing our major expansion of Lima Airport. We are proud of the achievements made during the first 16 years of the Lima Airport Concession. We are also excited to be on the threshold of developing the future potential of Lima Airport for the benefit of our passengers and partners, as well as Peru.”