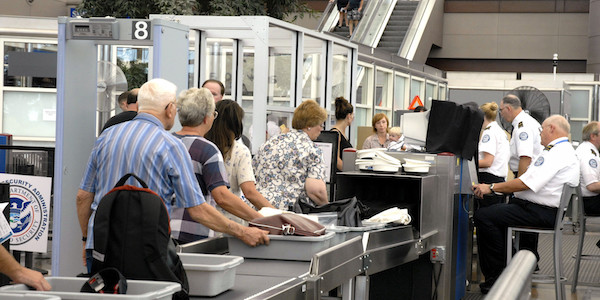 An off-duty policewoman flew from Los Angeles international airport (LAX) to Taiwan with a gun in her hand luggage.

The weapon was not detected during security screening and Noell Grant only realised she was carrying it as she changed planes in Taipei. She informed the local authorities and she has been barred from leaving Taiwan until the matter is resolved.

US federal officials have admitted security procedures were not properly followed at LAX.

The authorities have “determined standard procedures were not followed and a police officer did in fact pass through the (airport) checkpoint with a firearm,” said Nico Melendez of the US Transportation Security Administration.

Officer Grant, 42, of the Santa Monica Police Department (SMPD) was carrying a personal firearm, not a service weapon, when she took the flight to Taiwan last week.

She was changing planes at Taoyuan international airport in Taipei, intending to travel on to Thailand for a family holiday, when she discovered the gun and six bullets in her hand luggage.

She is not under arrest in Taiwan, but she has been told to remain in the country.

It is unclear whether Officer Grant will face disciplinary charges on her return to the US, SMPD Lieutenant Saul Rodriguez told the AFP news agency.