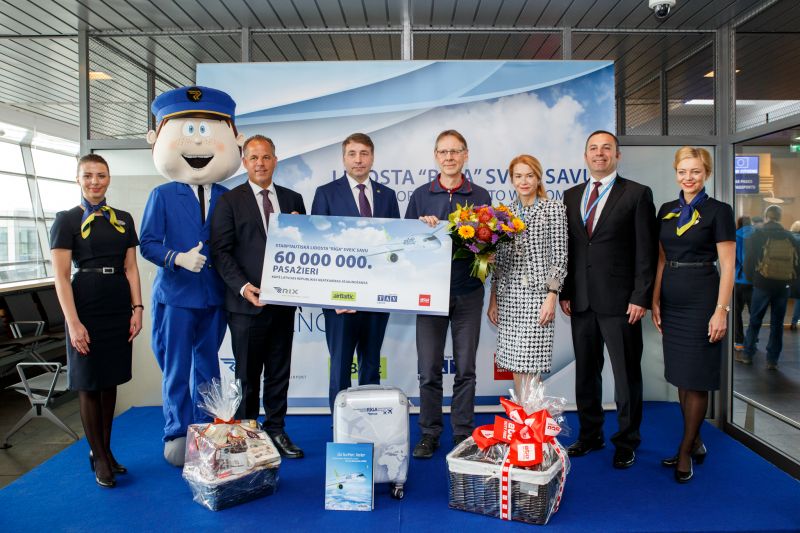 On Wednesday, 19 April, Riga International Airport solemnly welcomed its 60 millionth passenger since the restoration of independence. Curt Almquist arrived at the Airport with a flight from Stockholm operated by the national airline airBaltic.

“The aviation industry is among those sectors, which year by year make Latvia more visible on the world map. It plays a major role in economic development in today’s global economy. Since the restoration of the country’s independence, we have reached the threshold of 60 million passengers, which demonstrates that we have taken ambitious steps towards growth of the Airport. Consequently, I can safely assure you that today we can single out and appreciate the Airport as one of the success stories of Latvia to be proud of,” in his speech said Uldis Augulis, Minister for Transport.

“Every hour, Riga International Airport serves more than 600 passengers – an average of 18 000 passengers a day, almost half a million passengers a month. Latest data show that this year already 1.4 million passengers have used Riga Airport for their travel, which is 5% more than last year. The Airport is developing steadily and purposefully. What is important is that not only our passenger figures are increasing; also the route network is expending and connectivity improving, and consequently also the number of such passengers is increasing who use Riga Airport as an air traffic hub to travel to more distant destinations in Asia, Europe and Scandinavia,” says Ilona Līce, Chairperson of the Board of Riga International Airport.

Martin Gauss, CEO of the national airline: “airBaltic will accelerate the passenger growth at Rīga airport even further – we are adding 12 new routes this summer and +15% more tickets on sale. Our customers in Europe, Scandinavia, the CIS and the Middle East will mainly see this as more cheap tickets available for their travel to exciting new destinations for leisure and business.”

As reported before, in the first quarter of the year, Riga International Airport handled more than 1.13 million passengers. In the first weeks of April, passenger figures increased by 268.6 thousand, reaching 1 401 575 passengers, which is 5% more than in the corresponding period of the previous year. The transit and transfer passenger traffic grew by 11%, amounting to 26% of the total number of passengers.

A new airline – Russia’s largest regional air carrier RusLine – will open its service from Riga Airport and operate flights from Riga to Moscow Domodedovo Airport. Ellinair, in turn, will offer charter flights to Heraklion, the capital of Crete.

Riga International Airport is the largest air traffic hub in the Baltics. The 20 airlines operating at Riga Airport offer more than 60 destinations in the winter season and more than 80 in the summer season. In 2016, Riga Airport handled over 5.6 million passengers – nearly 45% of the entire Baltic air passenger traffic. 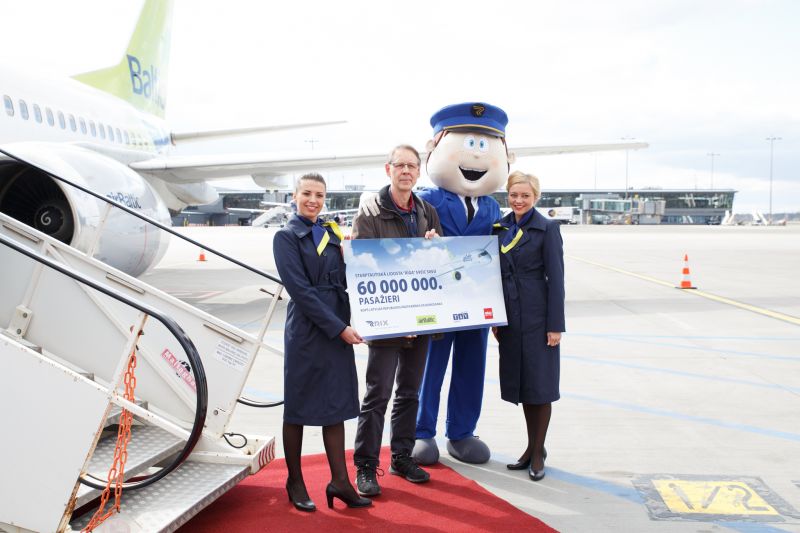 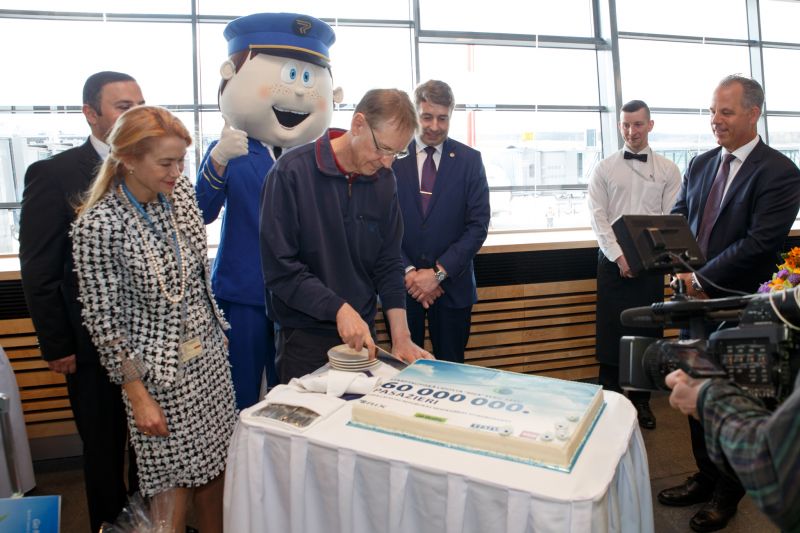 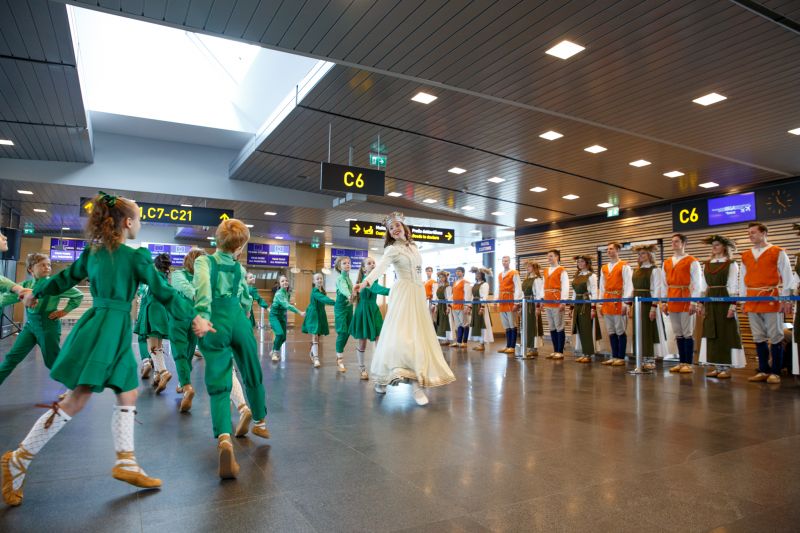