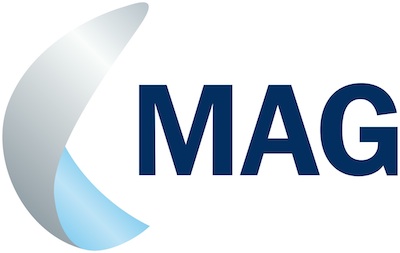 In 2015, Lithuanian Government announced seeking a concession partner to manage and develop three state-run airports in Vilnius, Kaunas and Palanga. A UK-based Manchester Airports Group (MAG) is reported amongst potential concessionaires of Lithuanian airports. Under the agreement, the minimum amount of investment is set to be 216 million of euros under the 25-year long contract.

The main economic goal of the concession agreement is to re-structure operations and optimize management system of three airports. The merger of Vilnius, Kaunas and Palanga airports, which happened in July 2014, proved to generate greater economic benefit for the country. In 2015, passenger traffic reached 3.99 million passengers, a 5.2% increase over last year.

„After one and half years, it is already possible to evaluate the various positive effects indicated by optimisation. Implementation of a coordinated operations strategy, where the three airports do not compete with each other but act as one, proved to be successful and encouraged airlines to expand their activities“, says Gediminas Almantas, CEO at Lithuanian Airports.

However, despite the post-merger results, the country’s largest airport – Vilnius International – will soon reach its capacity limits. The main airport of Lithuania needs additional investment for further infrastructure development, besides the plan to launch the reconstruction of its runway in the summer of 2017.

Hence, Lithuanian government, which runs three of four Lithuanian airports (Siauliai airport is owned by local municipality), declared it has no intentions to invest budget money into the development of the airports. The reasons for that are limited both legally and in terms of resources available while additional capital is still needed to provide quality services for the growing passenger traffic.

„Apart from legislative restrictions, the injection of private capital is aimed to make Lithuanian airports a regional aviation hub, bypassing the competing Riga, Minsk, Tallinn airports. This requires significant and operational investment“, explains Irmantas Butkauskas, Chief Project Manager at Invest in Lithuania. „Currently, Lithuania is lagging behind other airports in the region: flights are carried to 50 destinations from Vilnius airport, while from Riga – to 93, from Tallinn – to 61 destination“.

The CEO of Lithuanian Airports also stated that there are a lot of successful examples of concession agreements in Europe, which resolved financial and service quality issues of the airport. The biggest difference between this concession is that airport operator, in addition to all obligations to the state, will pay the concession fee under the 25-year long contract.

Irmantas Butkauskas, Chief Project Manager at Invest in Lithuania, confirmed that the minimum amount of investment is set to be 216 million of euros under the 25-year long contract.

In January, Lithuanian media reported that the Government is holding negotiations with potential participants of the upcoming concession tender without disclosing any details on what or where the potential partners are from.  Some of the reports suggested the UK-based Manchester Airports Group might be looking into participating in the tender.

In a conversation to AeroTime, MAG representatives confirmed that the company has participated in talks regarding the tender process. However, it did not confirm whether MAG will or will not participate in the tender at the end.

In addition, Gediminas Almantas, the CEO of Lithuanian airports, said that MAG is one of many operators who expressed their interest. The meeting between the two companies was more of informative manner, Gediminas told, and the concessionaire will be selected through an international open and a transparent tender procedure when the Lithuanian Parliament adopts the necessary legislation.

„Currently, investment project is being prepared as well as the terms and conditions of the concession tender. Concession contract can be considered as a business plan for each of the three airports during the entire concession period – I am talking about hundreds of millions in investment“, added Gediminas.