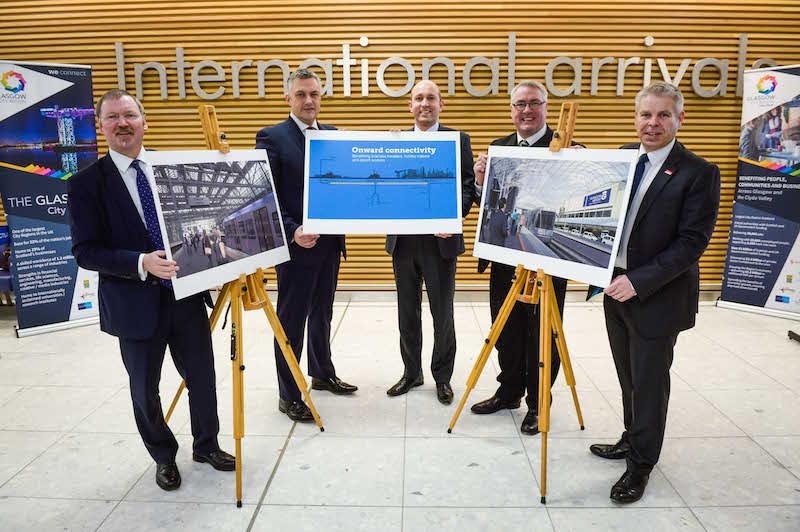 UK Government Minister Andrew Dunlop, said: “The Glasgow Region City Deal will transform the local economy, drive economic prosperity and help create nearly 30,000 jobs and I was pleased that the UK Government is supporting it with a £500million investment. The airport link is an important part of the City Deal, so it’s good to see this progress and I look forward to working with Renfrewshire and Glasgow City councils and others partners in the months ahead.”

The proposals would see up to four tram-trains per hour running in each direction taking passengers between Glasgow Central Station, Paisley Gilmour Street and the airport.

The interchange point at Paisley Gilmour Street would enable passengers from the Paisley area and from destinations on the Ayrshire and Inverclyde train lines to access the service to the airport without having to travel via the city centre.

Journeys across the length of the route would take 16.5 minutes, meaning a dramatic improvement for people travelling to and from the airport by public transport.

Currently, over 80 per cent of passengers and staff travel to and from the airport by road, with the M8 already suffering from repeated and worsening congestion during peak times.

The new tram-trains would provide a reliable and convenient alternative and help prevent motorway gridlock.