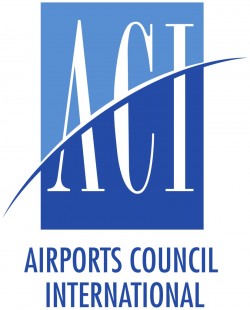 Airports Council International (ACI) has released the latest edition of the World Airport Traffic Forecasts (WATF) 2016–2040, marking the beginning of the ACI-North America (NA) World Conference and Exhibition being held in Montreal, Canada.

ACI’s WATF presents aggregate airport traffic projections at a global, regional and country scale, based on internationally comparable airport traffic data. Both absolute figures and compounded annual growth rates (CAGR) are presented over short, medium and long-term timescales between 2016 and 2040.

The WATF provides an indispensable resource for airport operators given that passenger traffic is expected to double by 2029 from the seven billion recorded in 2015, based on a projected growth rate of 5.2% per annum.

Angela Gittens, director general of ACI World, said, “Air transport forecasts are a crucial element in airport planning and for the determination of future capacity requirements. Because infrastructure projects are costly and often disruptive, a data-driven understanding of future demand – such as the expected number of aircraft movements, passenger traffic throughput, and air cargo volumes – gives airport planners and investors the necessary information for effective decision making.

“Irrespective of short-term fluctuations in the business cycle, future growth in air transport demand will originate to a large extent from emerging markets. Large population bases and increases in per-capita incomes in these markets are major forces driving this demand. At the same time, micro-economic factors, which include heightened competition across the aviation sector and the increased presence of the ‘no-frills low cost’ business model among air carriers, will continue to stimulate demand with lower airfares.

“However, there are several impediments that could curtail the continued rise in demand, potentially hampering growth prospects over the short and medium term. Specifically, these are related to geopolitical unrest, terrorism and threats to security in certain parts of the world. Physical capacity considerations and potential bottlenecks in air transport infrastructure also pose challenges in accommodating future air transport demand. Finally, protectionist policies that retreat from further economic integration and air transport liberalization could contract air service demand.”