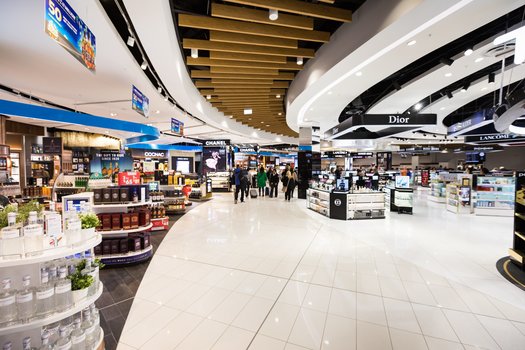 Auckland Airport in New Zealand has revealed further details of its newly renovated international departure area including the names of several retail outlets.

“In September we opened a new Strata Lounge, a comfortable and relaxed space for travelers who do not belong to an airline lounge program,” said Littlewood. “We have also opened the first stage of the new stores for our two duty-free operators, Aelia and The Loop.”

Later this month, Auckland Airport will open Gate 17 – the first of two new gate lounges terminal – and in early December it will open the first half of the new international passenger lounge and its retail hub.

“We are also excited to announce that 20 new food and beverage outlets will be opening across our international terminal to provide travelers, customers and staff with quality New Zealand and international cuisine,” said Littlewood.

“Fifteen of these outlets are brand new concepts to Auckland Airport and will be a mix of in-terminal restaurants, casual dining, grab and go, and fast food retailers. We will announce the names of these new food and beverage outlets closer to their openings, scheduled from March 2018.”