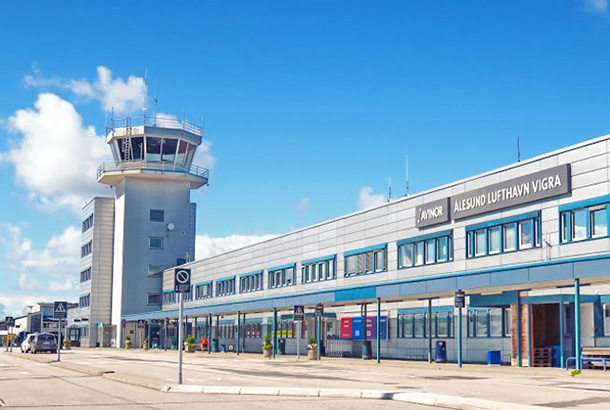 Avinor’s board of directors has decided to award a 5-year contract for air traffic control services at Ålesund and Kristiansand airport to Spanish company Saerco. Four bidders took part in the competition, where quality and price had equal emphasis. Saerco won with the highest score on quality and the lowest price. This entails annual savings for Avinor of approximately NOK 15 million, or around 37 per cent.

In accordance with the white paper from the Norwegian government, adopted by the Parliament in 2017, Avinor must put air traffic services out on tender. The goal is less expensive and/or better services.

Safety is fundamental to aviation, and it has therefore been important for Avinor to ensure that the high safety standards in Norway are extended when selecting a new operator. Avinor also plays an important role in overall defence, and the Armed Forces have therefore been consulted on the choice of Ålesund and Kristiansand airports for competition. Avinor has also been in dialogue with the Norwegian National Security Authority. Providers of air navigation services in Norway are also subject to approval by the Civil Aviation Authority and must be appointed by the Ministry of Transport and Communications.

Several of the bidders have submitted excellent bids in terms of quality. This also applies to Avinor’s own subsidiary Avinor Flysikring AS, which took part in the competition. The bid from Saerco is considered to bring something new and relevant to the service deliveries that provide additional value.

“The bidding process has resulted in bringing in a new supplier of tower and approach control services. Saerco had the highest score on the quality criterion, and is cheapest. The company was particularly good with regard to environment and innovation. Saerco also has its own training facilities with a simulator that will be used to optimise operations and conduct efficient training,” says chairman of Avinor, Anne Carine Tanum.

“It is positive that Saerco has stated that they will offer employment to the current air traffic controllers through a business transfer,” Tanum says.

In keeping with the expectations from the owner of more transport for every penny, Avinor is engaged in a cost-reduction programme. Air navigation services is also an area where it is possible to cut costs. Avinor Flysikring AS currently provides high quality control tower services at all of Avinor’s airports. It is natural that Avinor will discuss the price level with Avinor Flysikring AS concerning the procurement of services at the other airports.

Quality assurance of Saerco
During the procurement process Avinor became aware that a former manager and owner with Saerco was mentioned in Spanish media in connection with a corruption case in Spain in the period 2003-2009. In order to clarify whether there were issues that could lead to rejection from the competition, several investigations were conducted. The company itself and an external Spanish law firm hired by Avinor have verified that this individual no longer holds a position in the company or is a direct or indirect owner of the company. There are therefore no grounds for rejection.

– Avinor has a zero-tolerance policy in relation to corruption. It has therefore been important to us to clarify this matter. The contract will include a provision stating that if Saerco, its employees, management or owners are prosecuted for financial crimes in the contract period, Avinor may terminate the contract. It has also been confirmed that Saerco will put into place an anti-corruption programme in the course of 2019, well before the contract takes effect. Saerco is a well-qualified company that we are confident will provide good control tower services,” Tanum says.

Managing impartiality at Avinor
Avinor’s subsidiary, Avinor Flysikring AS, took part in the competition. The CEO of Avinor, who also is chairman of Avinor Flysikring AS, is incompetent in both companies and has thus not had access to information on the competition. Due to the CEO’s incompetence, it is the board of Avinor, but only the external board members, who have decided the contract. Avinor has been assisted by independent air navigation expertise and legal expertise on public procurements. The Competition Authority has also been informed.