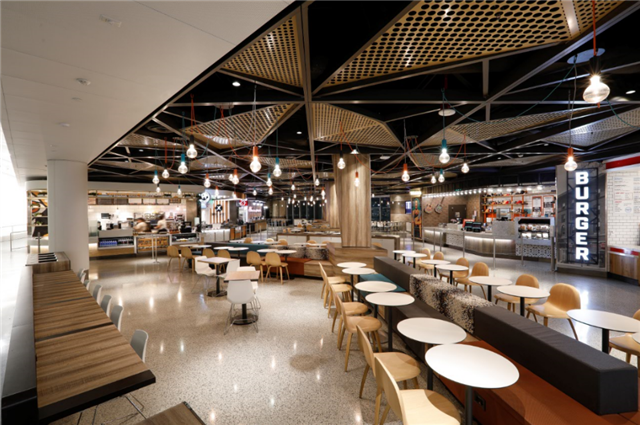 When the ribbon was cut at the end of 2018, the $516 million overhaul of Terminal 1 at Los Angeles International Airport (LAX) came in on schedule and on budget, with no lost-time injuries over the four-year construction project that modernized the 34-year-old building.

“Building a world-class airport requires a team of committed partners, and with our Terminal 1 renovation we delivered what we envisioned ” said Deborah Flint, Chief Executive Officer, Los Angeles World Airports (LAWA). “Thanks to the leadership of Southwest Airlines, Hensel Phelps, 35 subcontracted companies, and LAWA employees – the project was built safely, on-time, and on-budget. There is now an exceptional experience for the almost 10 million guests who travel through Terminal 1 annually.”

“We’re grateful for a long-standing partnership with LAWA that helped reshape Terminal 1 into a 21st-century venue for the world-famous Hospitality of the People of Southwest,” said Leah Koontz, a Southwest Vice President who serves the carrier as Executive Sponsor for Southern California. “As the airline that carries more people to, from, and within California than any other, we’ve invested in a curb-to-gate experience to enhance the journeys of hundreds of thousands of travelers in the Golden State.”

Terminal 1 opened in 1984, and was in need of modernization to accommodate the technology-rich environment of the post-9/11 world. The original design included a security screening checkpoint that sometimes backed up onto the sidewalk outside the building, and entry doors that were too close to the main airport entrance, which could create a bottleneck in a location that much of the traffic coming into LAX must pass. The modernization project moved the doors further west, reducing the impact on the traffic flow and creating a smoother guest experience.

Other key features of the Terminal 1 modernization project include:

There were 2,219,398 man-hours worked without a lost-time injury. The project included workers from 19 trade unions and was built under the local Project Labor Agreement. A total of 4,163 workers were involved in the project between 2014 and 2018, including 1,303 local hires (31.3 percent).