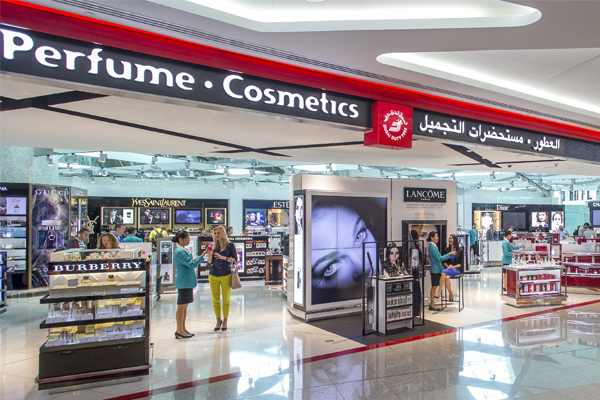 Reflecting on the year at Dubai Duty Free, Colm McLoughlin, Executive Vice Chairman and Chief Executive Officer said: “Overall, it has been a good year for the operation and I would like to thank H.H. Sheikh Ahmed bin Saeed Al Maktoum, President of Dubai Civil Aviation Authority and Chairman of Dubai Duty Free for his ongoing support. I also join His Highness in thanking our great team of  staff, our suppliers and of course our customers, for their contribution to our growth and success.”

In 2016, Dubai Duty Free opened 7,000 square metres of retail in Concourse D on February 24 as part of the phased opening of the newest concourse in Dubai International Airport early this year, and that brought the retail area under its operation to 36,000 square metres in both of Dubai’s Airports. Perfumes continues to be the highest selling category with annual sales topping Dhs1.104 billion (US$306.85 million) and which represents 16.55% of total annual sales. Liquor followed with sales of Dhs1.063 billion (US$295.40 million) while Cigarettes & Tobacco came in third place with sales of Dhs578.53 million (US$160.70 million). Cosmetics came in fourth place with sales amounting to Dhs535.65 million (US$148.80 million) followed by Confectionery with Dhs517.48 million (US$143.75 million).  Meanwhile, sales in departures outlets across the concourses accounted for 86.66% of the total annual sales at Dhs5.782 billion (US$1.60 billion).

Commenting on Dubai Duty Free’s plans in 2017, Colm McLoughlin said:  “There is a lot to look forward to in 2017, including the improvement of our retail offer both in Dubai International Airport’s Concourse C and in Al Maktoum International Airport’s Passenger Terminal Building (AMIA PTB). In Concourse C, we have just opened our outlets in the area that links Concourse C to Concourse B, and we will fully renovate the retail areas in the rest of departures and apron levels of Concourse C over the course of the year. We are also looking forward to developing our DDF Leisure business. The Irish Village in Garhoud was voted the Irish Pub of the Year at the Irish Pubs Global Awards ceremony in Dublin, and we opened the second Irish Village in the Dubai Parks and Resorts complex in December 2016. The Jumeirah Creekside Hotel continues to do well, and you will see new food and beverage outlets in this hotel during the course of the year.”