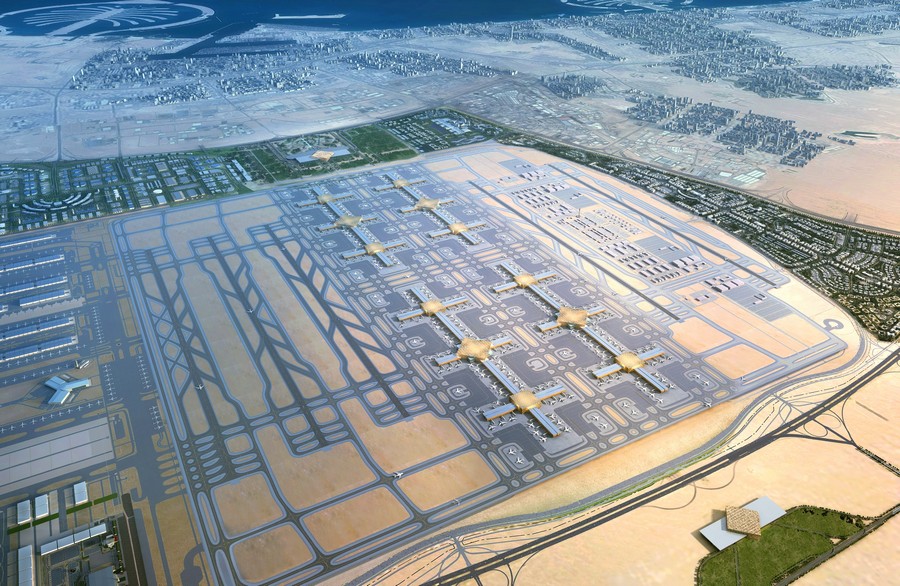 Dubai is planning to spend $35.7 billion to develop its second airport and logistics hub in the south of the city with the emirate likely to rely on debt funding for a significant part of the financing, according to two people with knowledge of the plan.

The investments will be made in Dubai World Central and associated facilities, including Al Maktoum International airport, over the next 12 years, the people said, asking not to be identified because the information isn’t public. The spending plan is outlined in documents inviting banks to bid for a $3 billion loan the government is seeking to raise for initial expansion, the people said. HSBC Holdings Plc is financial adviser on the loan, they said.

The loan is being raised by a special purpose company, which will be paid by Dubai’s department of finance based on a formula linked to passenger numbers at the city’s two airports, said the people. The company will also raise future funding for the project including debt, the people said.

Dubai is developing Al Maktoum International airport at the heart of Dubai World Central, a 140 square kilometer (54 square miles) multiphase development of six zones, including for logistics, offices, residences and golf, according to Dubai Airports’ website. Costs for the entire DWC development have been estimated in excess of $32 billion, according to the company.

Upon completion, it will become the world’s largest airport with an ultimate capacity exceeding 220 million passengers and 16 million tons of cargo per year. Al Maktoum is close to the World Expo 2020 site in the south of the city and Dubai plans to move flagship carrier Emirates there by 2025.

A spokesman for Dubai’s department of finance declined to comment.

Dubai International and Al Maktoum will grow to serve 146 million passengers by 2025, up from 78 million in 2015, the government said last month. The master plan for Al Maktoum’s second phase has been approved and the detailed design work is under way, while Dubai International, already the world’s busiest airport by international traffic, is approaching maximum capacity and is facing space constraints, it said.