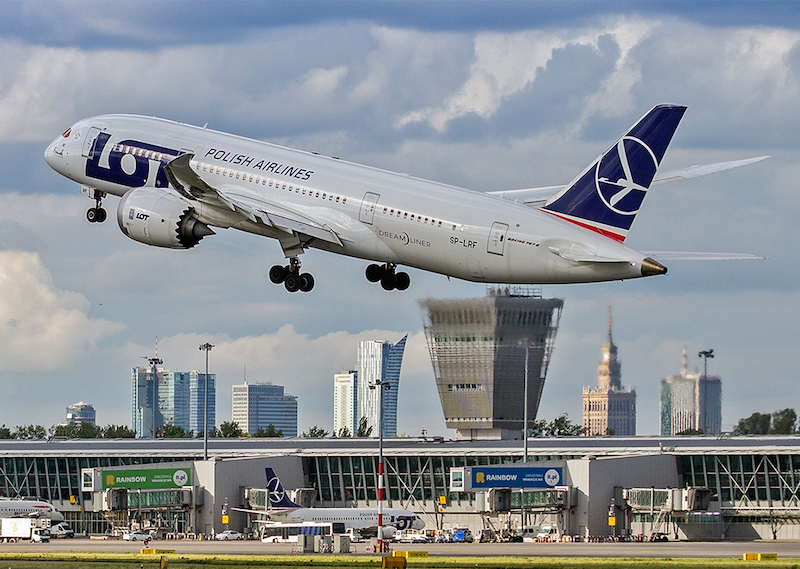 There was no such February in the history of Warsaw Chopin Airport yet! In the second month of 2018, 1 million 60 thousand passengers traveled to or from Warsaw. A year earlier, the capital airport has handled 933 thousand passengers. It is an increase of 12.8 percent.

It is worth noting that the last good results are significantly influenced by the steady increase in the number of passengers of the Warsaw airport travelling in international traffic. During the first two months of the current year, there were almost 2 million of them (19.6 percent more y-o-y). 237,000 passengers have travelled in the domestic traffic from Warsaw Chopin Airport.

– For the first time in the history of our airport in February we have handled over a million people. Therefore, we can assume that this year, each month we will handle at least 1 million passengers – says Hubert Wojciechowski, Director of Marketing and PR Office at Warsaw Chopin Airport. – In 2017, nearly 16 million people have been handled at our airport, and this year we will be handle at least 0.5 million more. All this indicates that there is a need for a new, larger airport in our country – adds Hubert Wojciechowski.

Warsaw Chopin Airport, according to the ACI report, took first place in terms of the increase in passenger numbers among EU airports, in group 2 (handling from 10 to 25 million passengers). In the classification covering all the European airports (to which ACI also includes Turkey and Israel), the Warsaw airport, with an increase of 22.7 percent, took second place in group 2 ex aequo with the airport from St. Petersburg.