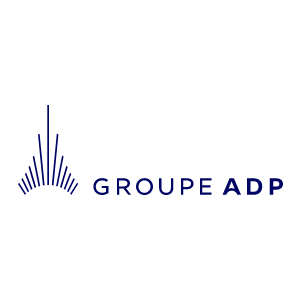 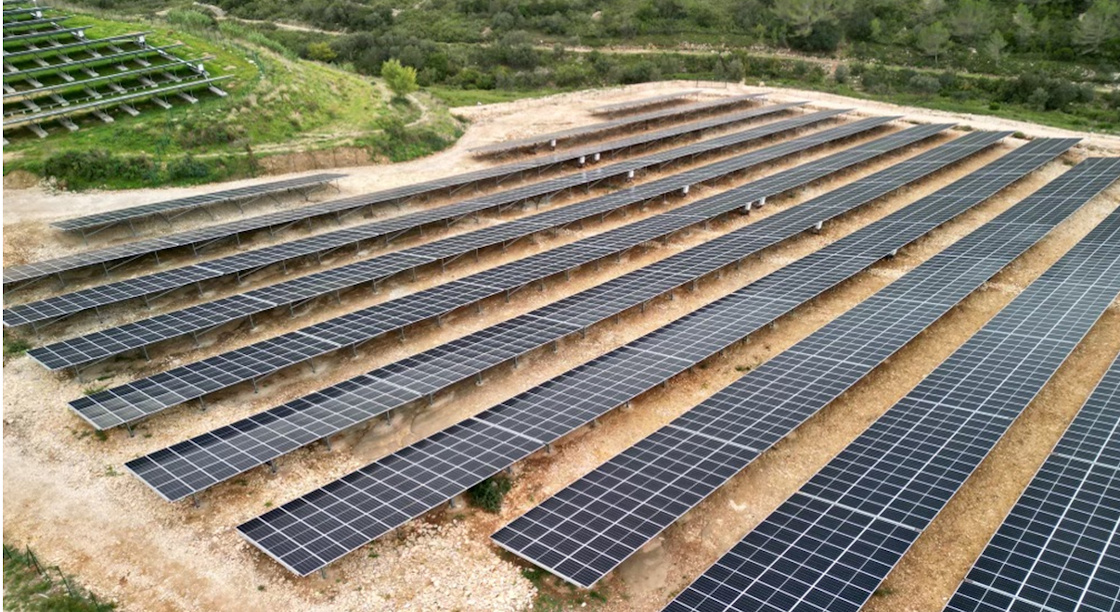 As part of the decarbonization of its energy, Groupe ADP, the producer Urbasolar and the electricity supplier GazelEnergie have signed a long-term direct purchase agreement for renewable electricity in 2020 with a corporate PPA (Power Purchase Agreement), by which a consumer company obtains its electricity directly from renewable energy parks.

– This contract provides for the creation of three new photovoltaic solar farms in France for the needs of Groupe ADP : in the Gard, Var and Charente French departments.
– With an expected annual production of 47 GWh of green energy over a period of 21 years, this direct electricity supply contract, the first signed by an airport group, represents 10% of the annual electricity needs to operate the three Paris airports, or nearly 75% of the lighting needs.
– The Caveirac (Gard) plant, inaugurated today, is the first of the three ADP Group plants to be commissioned.

Through long-term financing, Groupe ADP is enabling the construction of new renewable energy production infrastructure in France, thus having a real, direct and lasting effect on the transition of the energy mix in France. This type of contract is an important lever for the implementation of the energy transition, and secures the supply of green electricity for the company’s needs at a fixed and competitive price over the long term.

Groupe ADP is thus among the first French companies to supply its electricity from solar farms, specifically built in France for its own needs.

Caveirac: the first of three new solar power plants commissioned
Under this contract, Urbasolar will build three new photovoltaic power plants, the electricity produced will be sold entirely to Groupe ADP. The 6 MWp plant in Caveirac was commissioned in September 2022.
An 8 MWp plant will be built in Bras le Var, and a 22 MWp plant in Villognon in the Charente. They will be commissioned between 2023 and 2024. 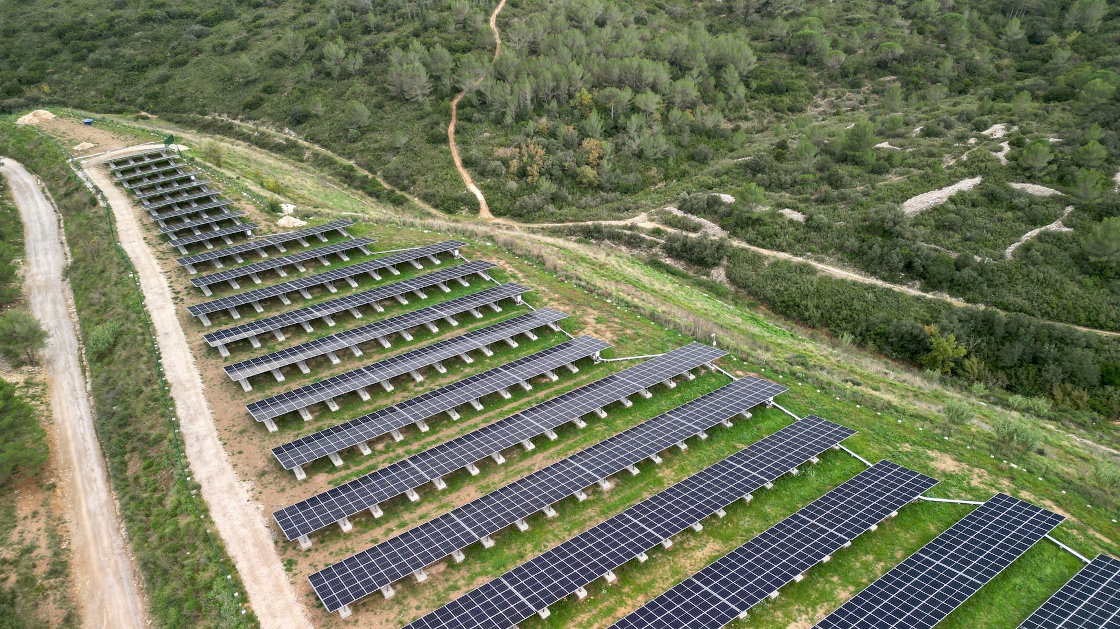 Groupe ADP is fully committed to meeting the challenges of climate change
Groupe ADP is pursuing its ambitious and proactive energy transition policy, with the aim of achieving zero net emissions by 2030 at Paris-Orly and Paris-Le Bourget Airports and by 2035 at Paris-Charles de Gaulle Airport for our internal emissions. Numerous actions to decarbonize the energy of the Paris airports have already been undertaken:
– For electricity, 100% of the group’s consumption is now of renewable origin, through guarantees of origin, of which 10% will come in the short term from solar farms built specifically for the needs of Groupe ADP.
– For heating, a deep geothermal system is being deployed at Paris-Orly, a biomass plant at Paris-Charles de Gaulle and a heat pump at Paris-Le Bourget. In the future, in 2025, Le Bourget airport will be connected to geothermal energy, followed by Paris-Charles de Gaulle in 2026, while heat pumps will be added to the Paris-Orly system at the end of 2024.

Corporate PPA: a key development area for Urbasolar
In 15 years, Urbasolar has established itself on the photovoltaic market thanks to its technical expertise,the quality of its works and the environmental excellence of its projects.
Today, the group is going one step further and is offering, via PPAs, a model for the direct supply of green electricity from its solar power plants to consumers in the industrial, transport, construction, and food sectors.
Urbasolar has signed a number of PPA contracts in recent months with economic players wishing to secure their long-term energy supply, with a view to decarbonization, in France and abroad. 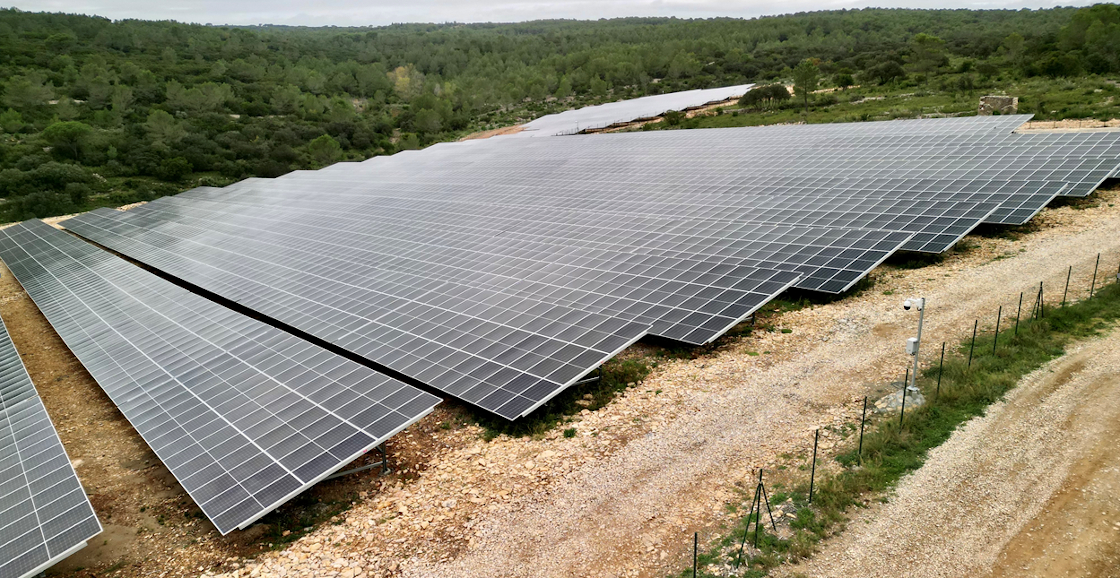 GazelEnergie: leader in the aggregation of renewable energy
GazelEnergie has been able to build a specific offer allowing to ensure the role of aggregator by integrating this renewable electricity in the consumption of Groupe ADP.
Thanks to its expertise as an electricity supplier to large accounts, via customized offers for over 20 years, GazelEnergie is a leader in the aggregation of renewable energy. This achievement allows GazelEnergie to reinforce its strategy as a committed player in the energy transition at the service of its customers by ensuring the management of the guarantees of origin and capacity guarantees of the installation.

Augustin de Romanet, Groupe ADP Chairman and CEO, stated: “In terms of decarbonization, Groupe ADP  is today taking a new decisive and virtuous step with the inauguration of its first solar park, to meet its green electricity needs for 21 years. With this contract, we are making a concrete contribution to the creation of additional solar capacity in France, which will benefit the transition of the French energy mix, while contributing to the decarbonization and performance of our company.”

Antoine Millioud, CEO of Urbasolar, said : “This contract between Groupe ADP and Urbasolar will allow the production of 47 GWh of green energy, which is equivalent to 10% of the electricity needed to operate the three Paris airports, or almost half of the lighting needs. Urbasolar is delighted with this partnership,  which will allow us to take over from public support mechanisms without any cost or risk to public finances, and to participate in the decarbonization of our transport infrastructures.”