Britain’s construction industry is set for a major shake-up after the overwhelming vote in Parliament to expand Heathrow. A shortlist of the sites bidding to help build as much of the expanded airport off-site as possible will be announced early next year, now that the Heathrow team has completed visits to all 65 longlisted sites.

Last year, Heathrow invited organisations across the country to showcase how their area could contribute to the delivery of one of the UK’s largest infrastructure projects. An initial 121 expressions of interest were whittled down to a longlist of 65 potential sites, all of which have been visited by Heathrow representatives over the past 6 months. The nationwide tour concludes in the Midlands with the Heathrow team visiting sites from Balfour Beatty, SEGRO and Prologis located in Tamworth, Derby and Daventry.

The next stage of the selection process will be a pre-qualification questionnaire (PQQ) which opens in autumn this year. A shortlist of potential Logistics Hubs will be announced early in 2019, before the final four sites are announced later in the year, with construction set to begin at these sites in 2021.

The hubs are integral to the airport’s plans to ensure every corner of the UK benefits from the expansion of Heathrow, helping to spread job creation and economic benefits up and down the country. Off-site construction will also help to make the project more affordable and sustainable –by transporting assembled components in consolidated loads.

Heathrow expansion is an opportunity to consider a new approach to the construction of major infrastructure and will be the first of this scale to use this method – with the objective of encouraging other major projects to explore off-site construction. Research from WPI Economics shows that, if adopted more widely, the approach could spur growth in off-site construction and lead to a productivity boost worth £30 billion for the industry outside of London by 2020.

“Heathrow expansion is much more than the delivery of Britain’s new runway. Expansion is a once in a generation opportunity to transform British construction as the country prepares for life post-Brexit. This nationwide tour has shown us the possibilities offsite construction offers and we’re looking forward to announcing the shortlist early next year.”

“We want the UK to lead the bytes and mortar revolution within the built environment and our Construction Sector Deal lays the foundation to take advantage of these opportunities – boosting productivity, creating better jobs and increasing new offsite manufacturing technologies to speed up construction.

“The Heathrow Logistics Hubs have the potential to be an example of this modern construction in action, embodying the principles of our Industrial Strategy and benefitting millions by allowing businesses across the UK to harness the strengths of their own regions to deliver a landmark infrastructure project.”

“CECA has long argued that expanding our airport capacity is vital in securing future economic growth across the UK, and we are fully supportive of Heathrow’s development of a third runway.

“As strong advocates of rebalancing the economy, we welcome Heathrow’s decision to use logistics hubs which will drive project efficiencies, improve site welfare and will also contribute to growing the economy for the long term outside of London and the South East.” 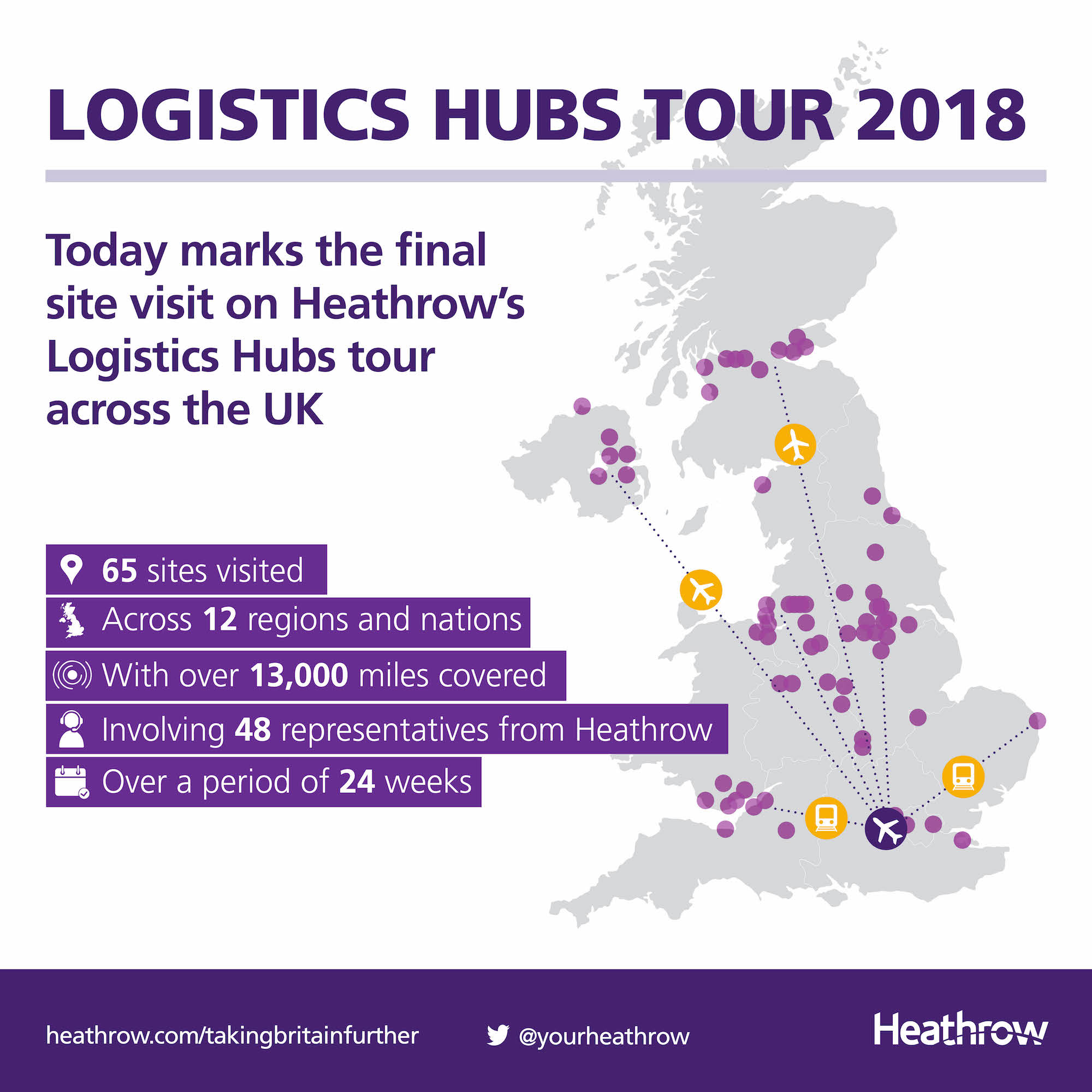