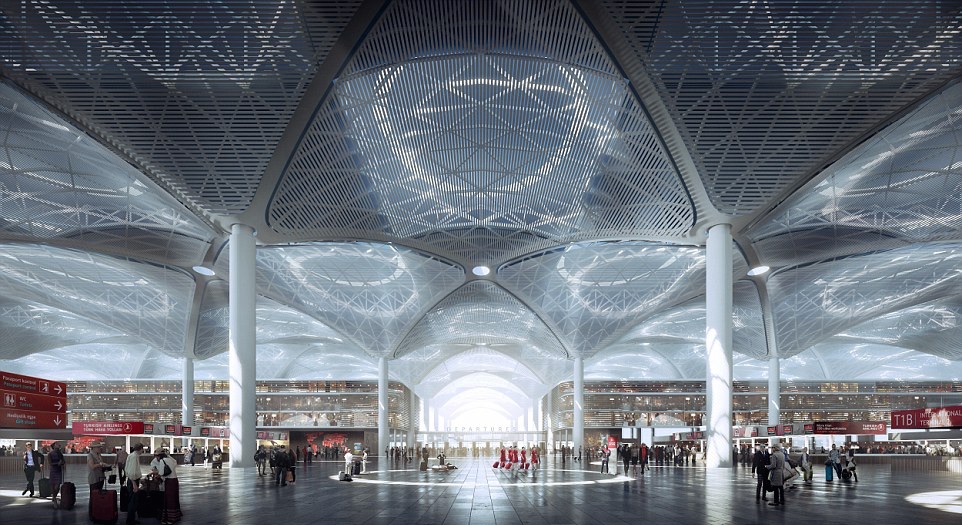 In the category “Future Projects – Infrastructure,” Istanbul New Airport has made it through to the finals of this year’s World Architectural Festival (WAF) in Berlin.

Over 300 projects from more than 60 countries will be represented at the meeting of the global architectural community. Some of the best-designed buildings, both in development and completed, compete in 32 categories. This year’s World Architectural Festival will be held for the first time in Berlin, Germany, from November 16 to 18. The winners will be selected and announced during the festival.

Among those on the short list in the category “Future Projects – Infrastructure” is Istanbul New Airport, currently being constructed by İGA Airports, the consortium that will also operate the airport for 25 years. The lead design is by Scott Brownrigg, United Kingdom, with the support of two Turkish offices for detail design, Fonksiyon and TAM/Kiklop. Their project scope includes architectural planning, aesthetics, operational issues, and buildability.

Yusuf Akçayoğlu, CEO of İGA, said: “We are very proud to be nominated with our Istanbul New Airport project for the prestigious WAF Awards. Istanbul New Airport will warmly welcome acknowledgment for the innovative standards set by its architectural design and engineering. It boasts a unique architectural design that combines contemporary and functional elements, inspired by the rich cultural heritage of Istanbul. The New Airport will make Istanbul one of the major passenger and environmentally friendly hubs in the world with its distinctive architecture.”