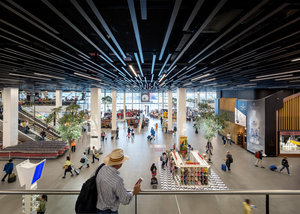 Jonas Abrahamsson has been selected as the new president and CEO of Swedish airport operator Swedavia. Abrahamsson will officially join the company in January 2017 when he will take over the reigns from acting CEO Karl Wistrand.

Abrahamsson has worked at energy provider E.ON Sweden for more than 25 years and has operated as CEO since 2010. The board believes Abrahamsson’s leadership background and experience of managing large infrastructure investments in both a Swedish and an international environment make him ideally suited to the role.

Åke Svensson, chairman of the board at Swedavia, said, “Jonas has the right background and previous experience to lead Swedavia in a time of much needed investment and increasing air traffic. He has previously shown that he has the ability to develop an organization while creating efficiency and commitment internally. Jonas’s experience from the energy industry will also be important in Swedavia’s mission to reach zero tons of fossil fuel emissions by 2020.”

Abrahamsson said, “Swedavia is a company that helps strengthen our international competitiveness, growth and development throughout Sweden. I look forward to taking part in this work. Swedavia is also at the forefront of sustainability.

“Together with a strong customer focus and commercial development, there is the strong potential to enhance the airport capacity in an increasingly competitive international market.”