Five new ePassport gates at Birmingham Airport were officially opened on the 29th August 2018. The new gates, which were opened by Emma Moore, Border Force’s Chief Operating Officer and Bob Graham, Birmingham Airport’s Operations Director, will boost the number in operation at the airport from 10 to 15. 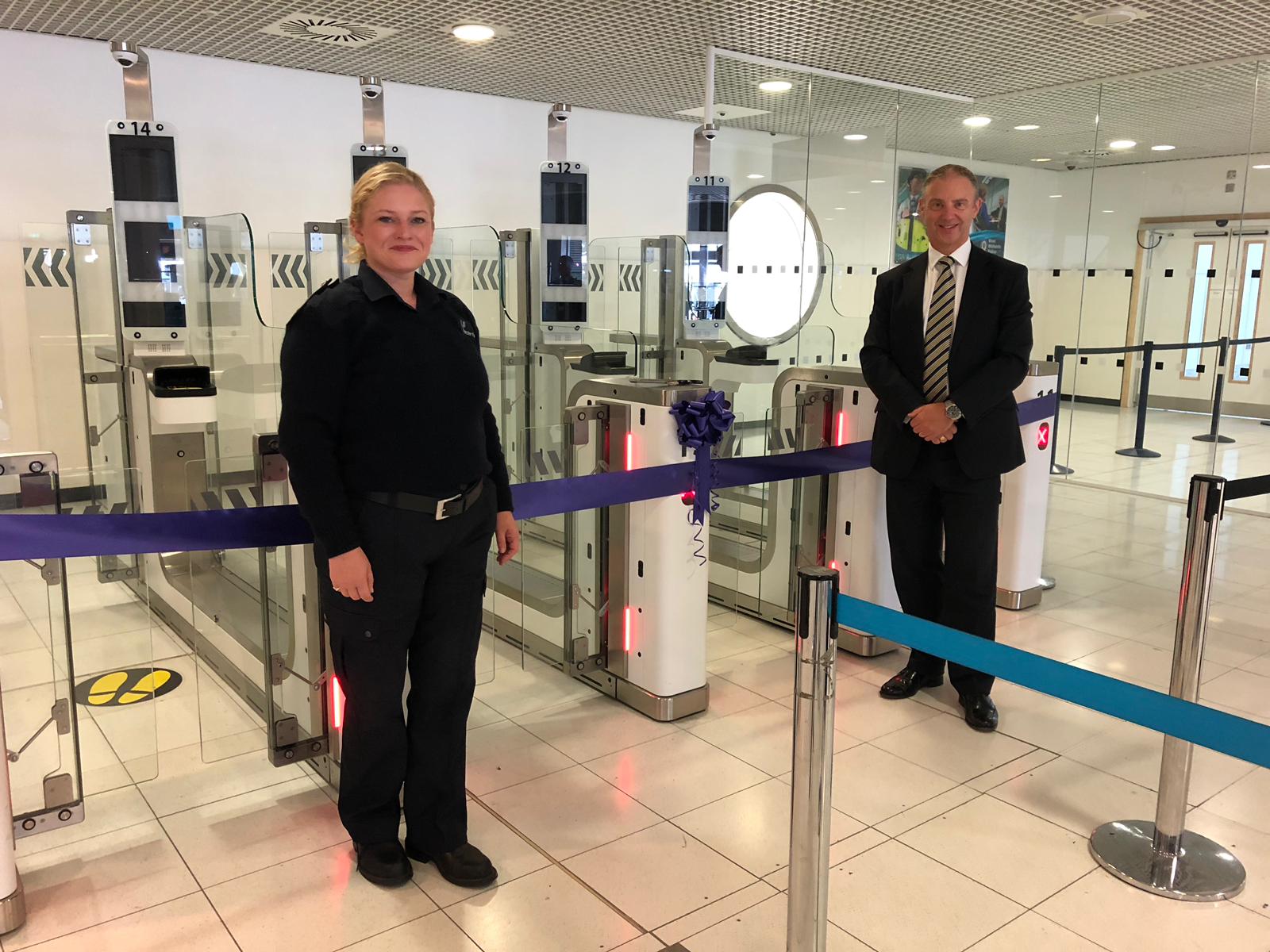 Passport gates provide an automated route through the UK Border for EEA nationals, aged 18 and over, and who are travelling using a biometric or ‘chipped’ passport. Those aged 12 to 18 years old, and who are accompanied by an adult, are also able to use them.

Automated technology, such as ePassport gates, gives Border Force the ability to process a higher number of low risk passengers more quickly. They also provide a faster route through the border while freeing up Border Force Officers to focus on other priority work such as cracking down on the smuggling of dangerous goods and identifying potential victims of trafficking.

“Increasing the use of digital technology at the border is part of Border Force’s commitment to improve the passenger experience. The ePassport gates at Birmingham are an excellent way of ensuring that arriving passengers are dealt with swiftly and efficiently.

“Boosting their numbers means we can encourage more people to travel to the UK for tourism and business, while continuing to keep our borders secure.”

“We are heavily focused on customer service here at Birmingham Airport and the welcome that our arriving passengers receive when landing at Birmingham Airport.  These additional ePassport-gates are part of our recent investment of £14.5m which has seen the installation of new infrastructure and technology including a new security area, self-service bag drop desks and baggage carousel capacity enhancements to ensure that we provide the best possible service to our passengers.”

ePassport gates not only benefit British and EEA travellers. Passengers from a number of countries who have successfully been accepted onto the Registered Traveller programme can now also use them.

The gates use facial recognition technology to provide identity and security checks in a matter of seconds. The passenger’s face is compared to the digital image recorded in their passport. Once complete the gate opens automatically to allow cleared passengers through the border. Border Force officers monitor the system and any travellers referred by the gates are directed to the normal clearance desks to be seen by an officer.

Registered Traveller allows regular travellers fast-tracked entry into the UK. For a small fee, applicants undergo security checks in advance of travel meaning that, on arrival in the UK, they are able to use the EEA queues and eGates, bypassing queues for non-EEA passengers.

Airport staff are available to assist passengers using the ePassport gates, while those without electronic passports and those from outside the EU are able to proceed through manual desks as normal.