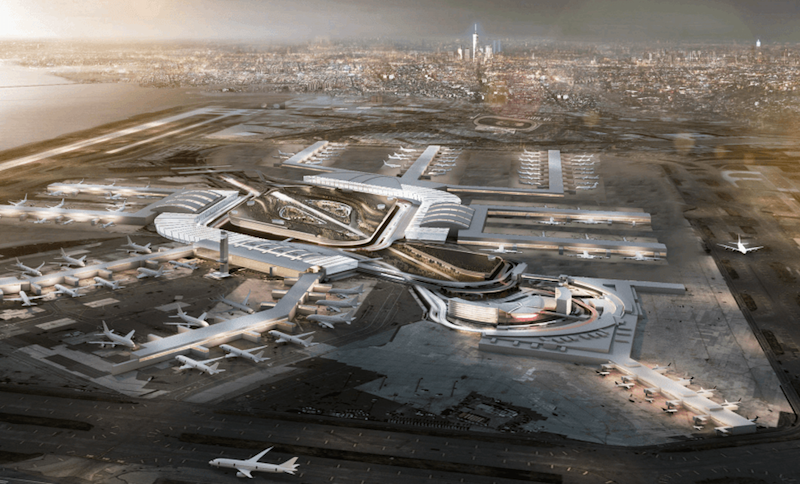 The governor of New York, Andrew Cuomo, has announced a US$10bn plan to rebuild the city’s John F. Kennedy International Airport. Speaking at a meeting of the Association for a Better New York, a business group, in Manhattan on Wednesday, Cuomo said that with a complete overhaul of La Guardia underway, the city’s other airport, JFK, would be next.

Part of the plan calls for the rebuilding of older terminals, such as Terminals 1, 2 and 7, with additional gates, plus increased capacity for the AirTrain. The roads leading to the facility would also be improved, perhaps with the construction of a high-occupancy vehicle lane, as well as improved airport parking. Airport taxiways would be expanded to reduce delays, and the idea of a ‘one-seat’ rail ride to JFK is also being considered, meaning passengers traveling to and from Manhattan would not need to take the subway to connect to the AirTrain. Full details of the improvements can be found here.

Cuomo’s argument for the work is that not enough has been invested in infrastructure, with JFK poorly prepared for the growing passenger numbers expected over the next 10 years. Private-sector parties would be expected to pay US$7bn of the total costs.

Cuomo said, “New York never backs down from a challenge, rather we step up to take on the ambitious projects that are often thought to be impossible. That’s exactly what transforming JFK International Airport is all about. Our vision plan calls for the creation of a unified, interconnected airport that changes the passenger experience and makes the airport much easier to access and navigate. We are New York, and we remember the bravado that built this state in the first place, and that is the attitude that will take JFK and turn it into the 21st century airport that we deserve.”