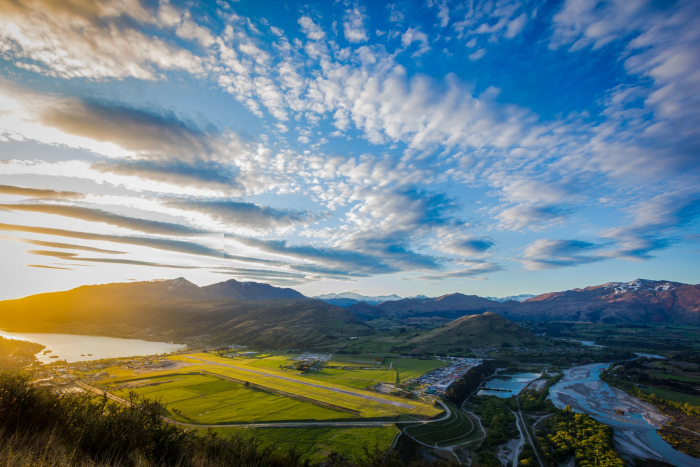 Christchurch Airport in New Zealand has unveiled the findings of a preliminary aeronautical assessment for a new airport in Tarras.

The assessment for the proposed Central Otago Airport was undertaken in partnership with aviation consultancy Airbiz.

Michael Singleton, project director at Christchurch Airport, said, “The findings are encouraging but they’re not final. This assessment has given us the confidence to undertake the next stage of more detailed analysis to determine a preferred single runway alignment.”

The site could enable a longer runway of up to 3km, but more analysis is needed to confirm this. “A single 2.2km runway would be able to serve all of New Zealand’s domestic routes and some short-haul international destinations such as Australia and parts of the Pacific,” said Singleton.

“In general, a longer runway creates more opportunity for the region it serves because it enables businesses and people to connect with more destinations. Our job is to think long-term and identify what opportunities this site could deliver well into the future.”

Noise impacts are yet to be technically analyzed in detail, but the assessment contains illustrative noise profiles from a single aircraft movement on both alignments. As well as assessing impacts, the next phase of airspace analysis will be aimed at validating and refining the outcomes of the preliminary assessment. This will take between six and nine months, after which the airport expects to be able to identify its preferred runway alignment. The project’s planning and validation phase is expected to run until 2023.

“We have a number of interconnected and complex studies to undertake during this phase. It won’t be until they’re completed that we can make a decision on whether to take the project into the next phase – getting the required operational and planning approvals. In the meantime, we will continue sharing what we learn with those interested in the project,” said Singleton.

“Queenstown Airport is well-positioned to continue to meet the region’s domestic and trans-Tasman travel needs for locals and visitors alike. Queenstown Airport’s greatest attribute and strategic value is its central location in the heart of the lower South Island, providing visitors with highly convenient access to the region. Our domestic and Australian travelers value the ability to fly directly into Queenstown.

“For more than a decade, Queenstown Airport, working with its airline partners, has been at the forefront of new technology to establish efficient and safe flight paths that enable a very high level of reliability.

“Queenstown Airport will be particularly focused on the impact of any potential new flight paths to current airspace use, including the existing use rights of the long-established general aviation community and commercial operators in the area,” he said.