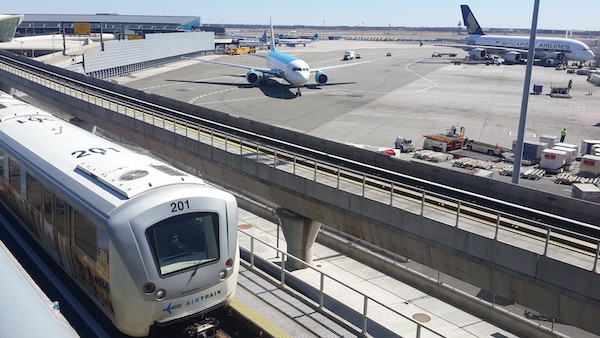 PSC’s action enables the Port Authority, in collaboration with New York Power Authority (NYPA), to move forward with plans to create more than 10MW of on-site solar facilities at JFK, including a 5MW solar generation facility that will offer power at reduced rates to nearby communities.

Residents – particularly those in low-income neighborhoods – would have first access to purchase solar-generated renewable energy at a reduced rate from their normal utility bill. The facility would be sited on a portion of JFK’s long-term parking lot.

Kevin O’Toole, the Port Authority’s chairman, said, “The implementation of Community Solar is growing and will now be accessible for homeowners and renters around John F Kennedy International Airport. The Port Authority will continue designing similar programs that are intended to support communities that seek renewable energy, while reducing emissions across the agency.”

In New York State, Community Solar programs make clean, renewable, solar-generated energy available to those who otherwise could not afford to install a solar-powered generating system themselves. Low-income families, and/or those living in multi-unit residential housing are the intended recipients of these projects.

The project is part of the agency’s interim target to lower greenhouse gas emissions 35% by 2025 and long-term reduction goal of 80% by 2050. JFK’s solar initiative is expected to reduce CO₂ emissions by 4,374 tons annually.

“Earlier this week, Governor Cuomo announced the landmark Green New Deal which mandates 100% Clean Power by 2040. This Port Authority project will support achievement of these goals as well as promote the Commission’s interest in increasing access to clean energy in the local community.”

In October 2018, the Port Authority Board embraced the Paris Climate Agreement, becoming the first transportation agency in the nation to do so. Soon after, the agency’s Office of Environmental and Energy Programs sought interest from developers for the JFK solar project in a Request For Information (RFI), which generated numerous positive responses.

Agency and NYPA officials asked PSC to approve a petition for the project due to lack of clarity in the applicable electricity tariff, which would have capped the JFK project to 5MW of renewable energy production.

The Port Authority expects to develop the Community Solar project by entering into a lease agreement with a solar developer, which would construct a large solar array over a portion of JFK’s long-term parking lot.

In addition to the 5MW Community Solar project, the Port Authority will seek to develop an additional 5-8MW solar system at the site for the Port Authority’s own consumption at JFK, which will support its vision for the new, best-in-class JFK development to exemplify green, sustainable design and operation.

The Community Solar developer would design, build, own, operate and maintain the system, and arrange for sale of the electricity to residents. Solar panels would be placed atop a canopy structure built over a portion of the parking area.

The agency would receive a regular lease payment from the Community Solar developer. The Port Authority would enter a Power Purchase Agreement for the portion of the development intended for its use at JFK.