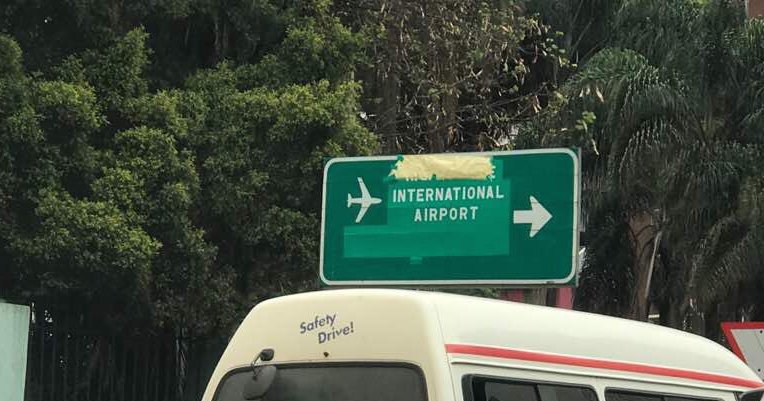 It took just two weeks for Zimbabwe’s Harare Airport to change its name twice. First, it was renamed in honor of President Robert Mugabe, now the military-backed government is trying to return the airport its former name – Harare International Airport.

The first time the capital airport was renamed on November 9, when the order of the Civil Aviation Administration of Zimbabwe came into effect. Then the country’s main airport was named after its 93-year-old leader Robert Gabriel Mugabe – Mugage International Airport.

On November 15, after a military coup took place, the airport was renamed for the second time. However, no official document has been published yet. 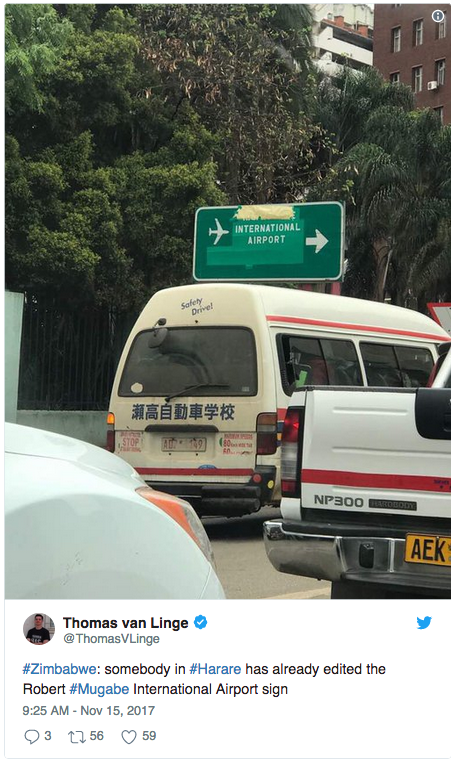 Meanwhile, a spontaneous liquidation of Mugabe’s heritage is seen on the streets in Zimbabwe, as people are destroying nameplates of streets bearing the name of the former president. A photo of the road sign, indicating that Harare airport lost the dedication to Mugabe, surfaced on Twitter.

Harare International Airport was opened in 1957. The annual passenger flow is just over 1 million people. Air Zimbabwe is the main airline carrying out flights from the airport.