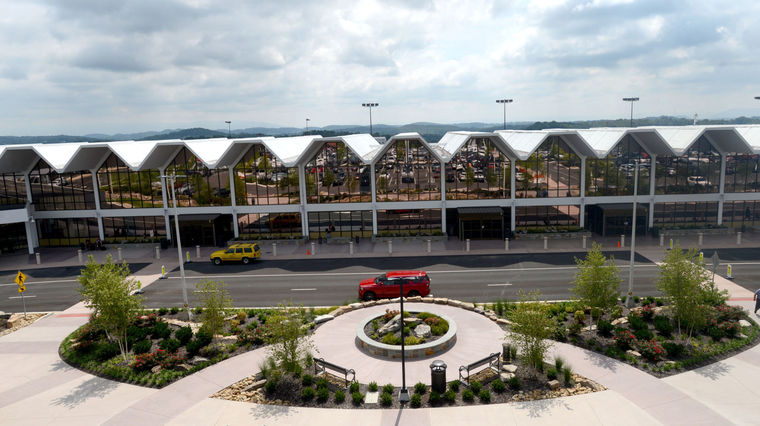 More than 150 people gathered Thursday for the official unveiling of completed renovations at Tri-Cities Airport.

The changes to the front of the airport’s terminal building and parking lots took nearly a year-and-a half to complete and cost $6.2 million.

The purpose of the project was to improve passenger access and safety in front of the terminal. Sidewalks were widened, the drop-off/pick-up lane was expanded, pedestrian access to public parking lots was improved, changes were made to landscaping, and a retaining wall was removed. A new cell phone waiting lot, where people can wait to pick up passengers, and a credit card only parking lot were also added.

“We think it’s really accomplished those design goals of making it safer, more convenient for passengers and to really do a good job of representing our region,” said airport Executive Director Patrick Wilson.

Before the ceremony, the Airport Authority approved a new TCRA logo and agreed to drop regional from the name so it is now Tri-Cities Airport. Board attorney Bill Bovender said there could be an issue with getting the name trademarked because there is a Tri-Cities Airport in Pasco, Washington.

TCA Director of Marketing and Air Service Development Kristi Haulsee told the board it will take several months to get new signs with the logo put up.