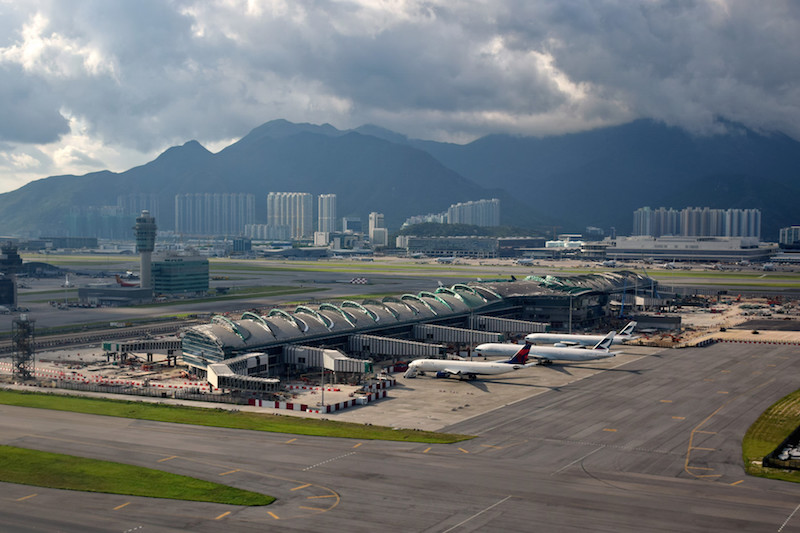 Construction of the new Three-Runway System (3RS) at Hong Kong International Airport has started. The eight-year construction of 3RS is expected to be completed in 2024, with the commissioning of the new runway in 2022.

Four contracts for 3RS reclamation-related works were also signed by representatives of the AAHK and the contractors at the occasion. So said: “The 3RS is a critical infrastructure project to support the aviation industry and the long-term economic development of Hong Kong.

“With the additional capacity to be provided by the 3RS, airlines can provide more destinations and more frequent flights, and passengers will have more choices and convenience.

“Some 139,000 man-years of construction jobs are expected to be created during the construction phase, with some 123,000 direct employments created upon the commencement of the 3RS operation.”

The construction entails reclamation of approximately 650 hectares of land, which will be completed in phases for the subsequent works such as the new runway, taxiway system as well as a Third Runway Passenger Building with 57 parking positions.

The Third Runway Passenger Building will be connected to Terminal 2 by a new automated people mover system. Terminal 2 will be modified and expanded in order to provide full-fledged terminal services with departure and arrival facilities.

The 3RS will also include a new high-speed baggage handling system, expanded road and transportation networks.  The scale of works is similar to the construction of a new airport.

To protect the environment, non-dredge methods including deep cement mixing will be adopted for land formation, while the 3RS buildings will incorporate a range of green and sustainable features in their design, construction and operational aspects.

In tandem with the kick-off of 3RS construction, AAHK will start collecting the Airport Construction Fee (ACF) on air tickets issued on or after August 1, 2016, for departing passengers at HKIA.

The ACF forms part of the financial arrangement for 3RS construction, which also includes borrowings and retaining HKIA’s operational surplus. So adds: “While the constructon of 3RS is ongoing, we will not lose focus on constantly upgrading the HKIA.

“We are proud of the fact that our award-winning airport is the world’s third busiest international passenger airport and also the airport with the largest cargo throughput. But we cannot be complacent.

“Apart from strengthening management, we have set up a special task force to research into and develop new hardware and software with a view to further enhancing our efficiency and enriching passenger experience.”