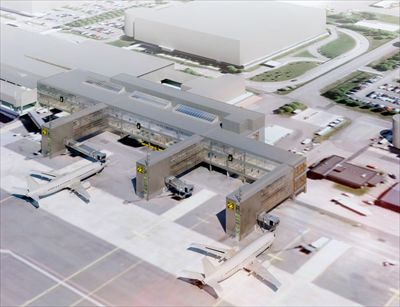 The international terminal at Göteborg Landvetter Airport in Sweden is to be expanded under a SEK760m (£61m) partnering agreement between contractor NCC and client Swedavia.

The airport outside Gothenburg has become increasingly busy in recent years and needs to be extended. “Above all, we need to be able to accommodate larger airplanes and manage the flow of passengers coming from non-Schengen countries,” said Charlotte Ljunggren, airport director at Göteborg Landvetter Airport.

NCC’s assignment involves adding three gates for planes and two for buses to the existing terminal. When finished, the terminal will be approximately 10,000m2 and it will be possible to separate arriving and departing passengers.

The aim is to secure BREEAM certification at a rating level of at least ‘Very Good’.