With this opening, SFO will once again set a new standard for the airport experience, making air travel less stressful, more entertaining, and more engaging than ever before. A uniquely San Francisco experience awaits travelers, with locally-sourced dining choices, public artwork from Bay Area artists, and a museum exhibit that tells the story of Harvey Milk.

“Harvey Milk Terminal 1 sets a new benchmark for the airport experience, and serves as a tribute to the life and legacy of a pioneering civil rights leader,” said Airport Director Ivar C. Satero. “For millions of people around the world, SFO is the first impression of the San Francisco Bay Area, and Harvey Milk Terminal 1 showcases what makes our region great: a spirit of innovation, a focus on the environment, and most importantly, a commitment to diversity, equality, and inclusion. I hope travelers around the world are inspired by the story of Harvey Milk in the terminal at SFO that bears his name.”

If there’s one word to describe the experience in Harvey Milk Terminal 1, it’s “inspiring”. As the first airport terminal in the world named for an LGBTQ+ leader, Harvey Milk Terminal 1 honors the life and legacy of the first openly gay elected official in the history of California, inviting travelers from around the world to learn more about the man and his contribution to San Francisco.

A breathtaking exhibit from SFO Museum titled Harvey Milk: Messenger of Hope tells his story on a massive wall measuring 30 feet high and 380 feet long. This giant space features 97 images, including photos, correspondence, and campaign materials, giving travelers a glimpse into Milk’s life, including his activism and ascendance as a political leader in San Francisco, as well as his tragic assassination, and a legacy fighting for diversity, equity, and inclusion that lives on today.

A terminal built with relaxation in mind

Air travel can be a stressful experience, and SFO has invested in passenger facilities that make the experience easier and more enjoyable than ever before. In Harvey Milk Terminal 1, this begins with the design of the facility itself. High ceilings diffuse noise, while abundant natural daylight provides a sense of openness and supports circadian rhythms. Luxurious chaise lounge chairs invite travelers to relax and be comfortable before boarding their flight, and floor-to-ceiling windows that tint depending on lighting conditions ensure that the space is always welcoming and inviting. For those seeking a quiet space for relaxation, self-reflection, and the practice of yoga, Harvey Milk Terminal 1 will offer a Yoga Room…one of the most unique and globally-recognized amenities of SFO.

Newly-designed information dashboards, located strategically throughout the boarding area, will provide easy-to-read information on flight times, gates, and nearby amenities. 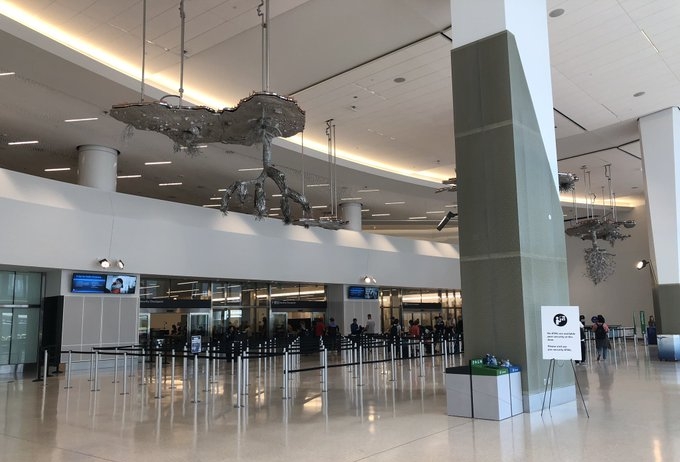 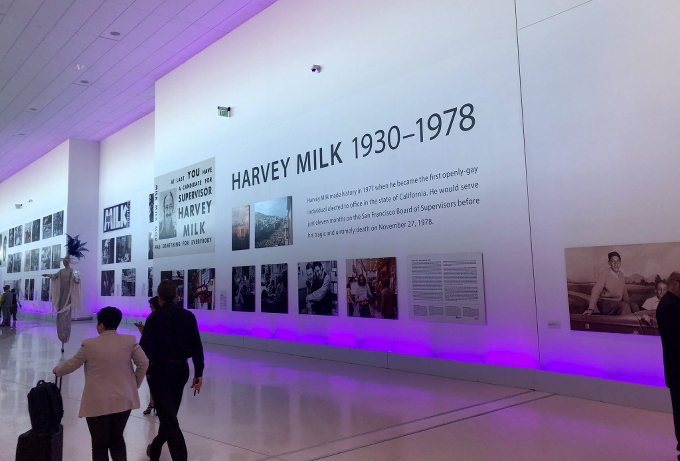 Concessions with a San Francisco twist

SFO strives to deliver a uniquely San Francisco and Northern California sense of place in its terminals, and Harvey Milk Terminal 1 is no exception. The first section will open on July 23, 2019, with six new food & beverage and three retail concepts located in an inviting and easy-to-find marketplace corridor. Locally-sourced concessions will include Amy’s Drive-Thru, Bourbon Pub, Bun Mee, and the Little Chihuahua. The terminal will also feature brands familiar to our global audience, such as illy Caffè.

All travelers in mind

Harvey Milk Terminal 1 was designed to meet the needs of all travelers. For those who wish to be connected and productive, there is free high-speed Wi-Fi and hundreds of power outlets in the first nine-gate section. For families with children, there is Kids’ Spot, and interactive play area to keep young travelers engaged and entertained. Restrooms reflect a high-quality normally reserved for luxury hotels, and Harvey Milk Terminal 1 will feature the first-ever airport multi-use all-gender restrooms. Even four-legged companions have been considered, with an animal relief room located post-security. 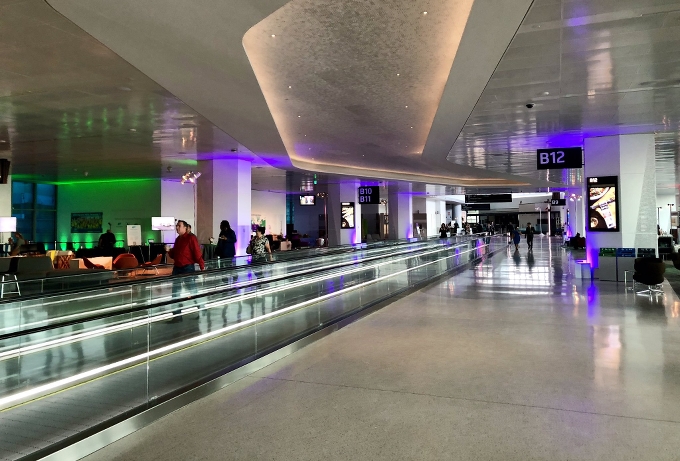 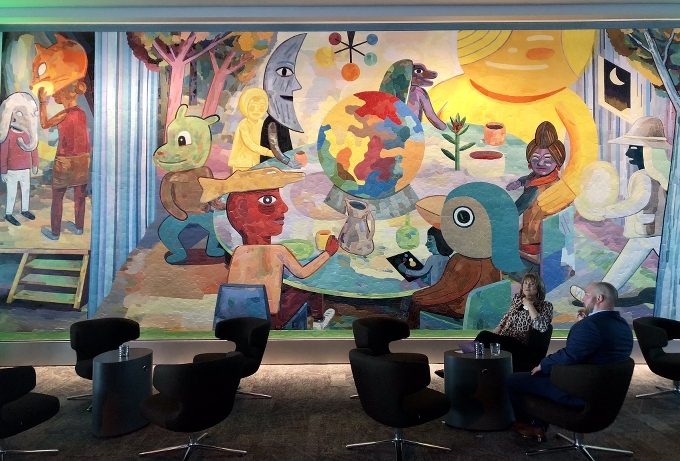 A better experience for your baggage

Traveling out of Harvey Milk Terminal 1 includes a better experience for checked baggage. SFO is the first airport in the United States to install a tote-based Independent Carrier System (ICS) to handle checked baggage. The system ensures that each bag is placed in an individually controlled tote, which it remains in from ticket counter check-in, thru security screening, and out to its collection point for loading with 100% tracking and traceability all along the way. This ICS baggage handling system also uses less energy and is easier to operate and maintain than traditional systems.

Arrivals at Harvey Milk Terminal 1 will also offer a better experience in the baggage claim area. In traditional terminals, checked baggage unloaded from the aircraft must be driven a long distance to reach the baggage claim area. In Harvey Milk Terminal 1, input locations located close to arrival gates mean bags get going to the claim area faster than in traditional terminals, reducing wait times for passengers.

SFO has long been a haven for amazing works of art, and Harvey Milk Terminal 1 continues this theme, with five new site-specific artworks and 25 two-dimensional works by internationally renowned artists. For the first nine-gate section of Boarding Area B, travelers can enjoy two large-scale mosaic murals by Bay Area artists Jason Jägel and Robert Minervini. Jägel’s 13 x 33-foot The Author & Her Story represents a tableau of unique individuals sitting around a table outfitted with a giant globe, while Minervini’s Hyper-Natural Bay Area is both still-life and a sweeping landscape of San Francisco’s famous skyline.

Adorning one of Boarding Area B’s prominent bulkheads is a multi-layered installation by Leonardo Drew. Comprised of hundreds of small sculptural elements derived from remnants of past artworks and other recycled materials, the installation forms a massive galaxy-spanning three walls. The artwork reflects the enormous cross-section of people passing through SFO who carry with them a multitude of life experiences and cultures.

Mark Handforth’s suspended sculpture, Cadmium Red Giant, is a dynamic collage in the form of a star, like a child’s drawing — but “drawn” with bent metal beams painted a rich cadmium red. Intersecting the star form is a cast aluminum Redwood branch. Violet, amber and red fluorescent lamps are mounted on the arms of the star to resemble light rays.

Two projects to create one facility

The construction of Harvey Milk Terminal 1 is divided into two projects: Boarding Area B (BAB) and Terminal 1 Center (T1C).

Design-build, construction, and project management team are as follows: