Just over 1.2 million passengers travelled through Heathrow in September, down 82% compared to 2019.

Most travel is to the remaining European destinations on the UK’s travel corridors list. However, the number of countries on this list has steadily declined since its launch, with 61 countries now requiring a 14-day quarantine period.

Long-haul business travel, which is vital for the UK’s economic recovery, continues to be restricted by international border closures and a lack of testing. York Aviation estimates that the UK economy is losing £32m a day because air travel with the US is effectively closed.

“The Government’s Global Travel Taskforce is a great step forward, but needs to act quickly to save the millions of UK jobs that rely on aviation.” John Holland-Kaye, CEO, Heathrow

Cargo volumes, which are normally carried in the hold of passenger planes, fell by 28.2% compared to the same time last year, due to the lack of long-haul flights.  Heathrow handles 40% of UK exports and supply chain, so this is a good barometer of the health of the UK economy.

Last week, the Government announced the creation of a ‘Global Travel Taskforce’ jointly chaired by the Secretaries of State for Transport and Health and Social Care. The taskforce will consider how testing could be introduced to safely reduce the length of quarantine.

Heathrow CEO, John Holland-Kaye, said:
“The Government’s Global Travel Taskforce is a great step forward, but needs to act quickly to save the millions of UK jobs that rely on aviation. Implementing “test and release” after 5 days of quarantine would kick start the economy. But the government could show real leadership by working with the US to develop a Common International Standard for pre-departure testing that would mean that only Covid-free passengers are allowed to travel from high risk countries.” 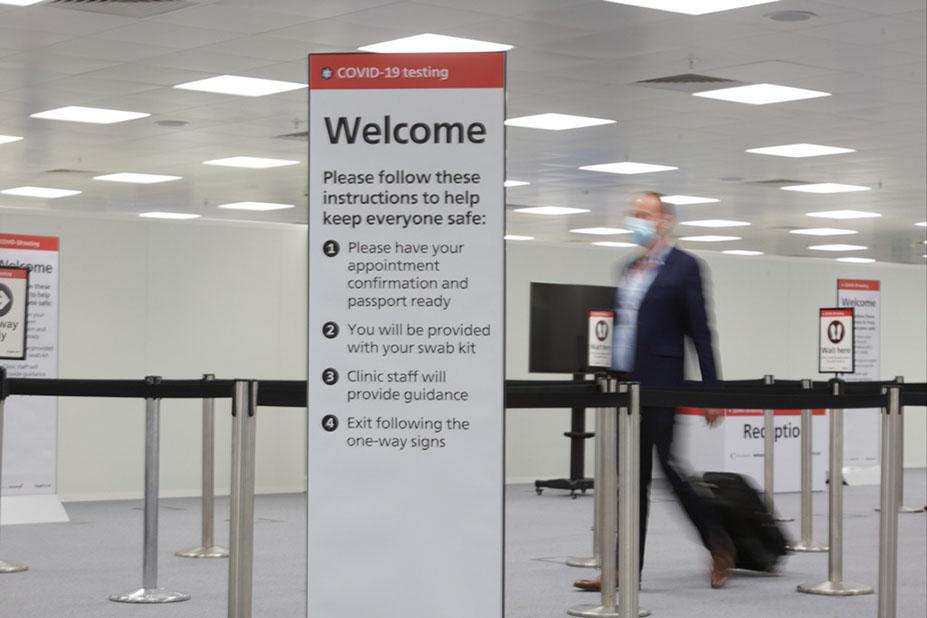