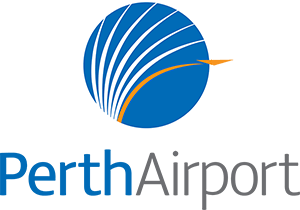 Perth Airport Chief Executive Officer, Mr Kevin Brown, was thrilled to accept the award and paid tribute to the Perth Airport community for their dedication and commitment over the past year.

“To be named Capital City Airport of the Year is a great honour and recognises Perth Airport’s commitment to enhancing customer service, improving infrastructure and continuing to be involved in a variety of community projects,” he said.

Over the last four years, Perth Airport has undergone a major transformation, with a number of key elements of the $1 billion redevelopment delivered in the past 12 months, including; the opening of a new $220 million domestic Terminal, the completion of Stage 1 of the $54 million Terminal 1 Forecourt and car park expansion and the $157.5 million Terminal 1 International Departures expansion, all while continuing to operate in a 24/7 environment with minimal impact to customers.

The redevelopment program has also seen a number of upgrades including a far greater range of retail and dining choices, along with expanded and improved check-in and security screening areas, an expanded International Departures lounge, upgraded check-in and baggage reclaim facilities and new and improved forecourt facilities.

Upgrades have also been delivered to the outbound and inbound Immigration and Customs processing points which has resulted in improved international processing.

“Our redevelopment program has seen a significant upgrade to our terminal facilities, making Perth Airport a world-class gateway to the State of Western Australia for both international and Australian visitors,” said Mr Brown.

“While we have invested significantly in transforming our Terminal facilities over the last four years to ensure we deliver a world-class airport experience, our focus has always been on providing the best possible service to our customers each day,” Mr Brown said.

Q3 Calendar Year 2016 results were released on 19 October 2016 and were Perth Airport’s highest ever overall, and second in Perth Airport’s benchmark panel. This is an unprecedented result and follows on from Perth Airport’s consistently high results throughout 2016. Our On Time Performance (OTP) results for arriving and departing aircraft place us as the equal second best of the major airports in Australia, just marginally behind Hobart Airport.