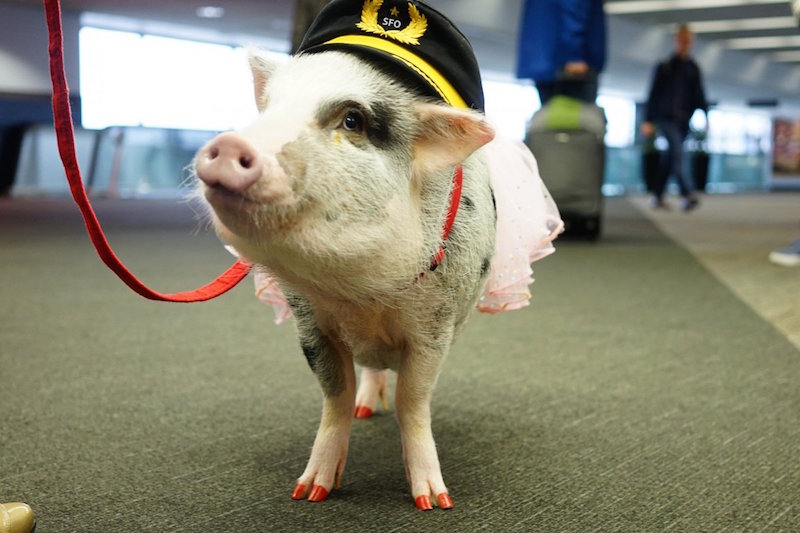 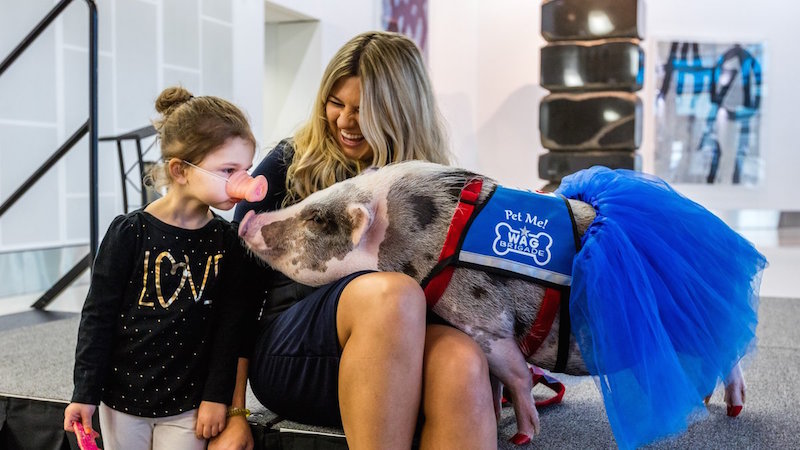 The San Francisco International Airport (SFO) has welcomed LiLou, a Juliana-breed pig, to its beloved Wag Brigade team of pets certified by the San Francisco SPCA’s Animal Assisted Therapy (AAT) program. LiLou is the first known airport therapy pig in the United States, and promises to surprise and delight guests at SFO with her winning personality, charming costumes, and painted nails. LiLou loves performing tricks for her audience, and also visits several other facilities in San Francisco including senior centers and hospitals.

“Since its launch in 2013, the SFO Wag Brigade has become a favorite amenity among travelers,” said Director-Guest Experience Christopher Birch. “With the addition of LiLou, we can look forward to more moments of surprise and delight for guests at our airport.”

“We have more than 300 dog, cat and rabbit volunteer teams, but LiLou is the first pig in our program,” said Dr. Jennifer Henley, SF SPCA Animal Assisted Therapy manager. “It’s wonderful to witness the surprise and delight that LiLou brings to people during therapy visits.”

Launched in December 2013, the SFO Wag Brigade brings trained animals to the airport terminals to make passenger travel more enjoyable. The SF SPCA certifies all animals through their AAT program prior to walking airport terminals. Carefully selected for their temperament and airport suitability, animals wear vests that read “Pet Me!” to encourage interaction with airport guests