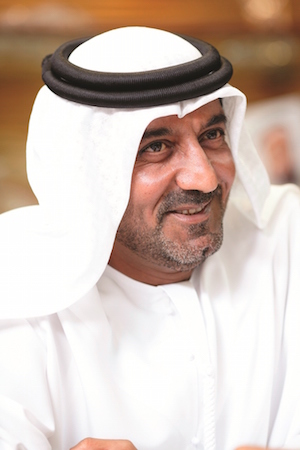 “Through efficient implementation of ICAO’s Standards and Recommended Practices, Dubai and the United Arab Emirates (UAE) are ensuring safe and secured air travel for passengers around the world,” His Highness Sheikh Ahmed bin Saeed Al Maktoum, President of Dubai Civil Aviation Authority (DCAA), Chairman of Dubai Airports and Chairman and Chief Executive of Emirates Airline and Group, said on the occasion of the International Civil Aviation Day.

“The latest and smart services at airports and in air navigation in the UAE, reflects its strong commitment to ensuring safe, secure and environment friendly aviation network,” Sheikh Ahmed added.

The purpose of International Civil Aviation Day is to help generate and reinforce worldwide awareness of the importance of international civil aviation to the social and economic development of States, and of the unique role of ICAO in helping States to cooperate and realize a truly global rapid transit network at the service of all mankind.

The ICAO Council members selected ‘Working Together to Ensure No Country is Left Behind’ as the theme for 2015-2018.

Sheikh Ahmed said: “I consider the theme for this year, ‘Working together to ensure No Country is Left Behind’, highly important in the light of the increasing international air transportation between States.”

“The No Country Left Behind (NCLB) initiative reflects the efforts of ICAO to assist its Member States in implementing ICAO Standards and Recommended Practices (SARPs) and harmonizing its implementation to ensure that the States will gain social economic benefits from safe and secured air transport,” he added. 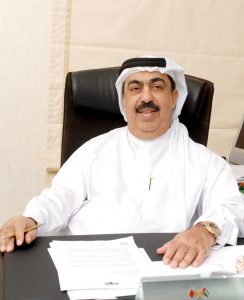 “The ‘Working together to ensure No Country is left behind’ theme ensures that ICAO Standards and Recommended Practices (SARP’s) are implemented harmoniously enabling all states to have access to socio-economic benefits from safe and secured air transport,” said Ahli.

“The Dubai Civil Aviation Authority (DCAA), based on the vision of His Highness Sheikh Mohammed Bin Rashid Al Maktoum, Vice President, Prime Minister of the UAE, Ruler of Dubai, and the guidance of His Highness Sheikh Ahmed Bin Saeed Al Maktoum, President, Dubai Civil Aviation Authority, is committed to the implementation of the highest standards, in cooperation with the Federal Authority, to ensuring safe and secured air transport system in Dubai which will eventually benefit the global aviation industry as well.

The Government of Dubai will continue with its work together with its stakeholders to ensure the efficient implementation of the highest standards and practices to provide a safe and secured air transport system for the benefit of the travelling public and the benefit travellers worldwide. I congratulate the ICAO and the Civil Aviation Authorities of the Member States for their untiring efforts and contribution in the development of international civil aviation and wish the aviation community the very best in their future endeavors,” Ahli added.