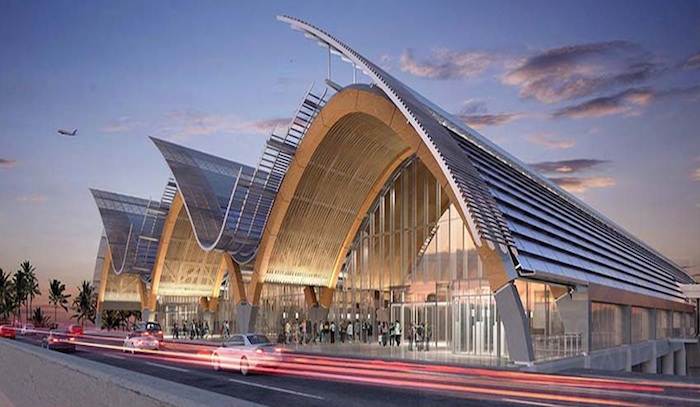 The construction of the new passenger terminal building (Terminal 2) of Mactan-Cebu International Airport (MCIA) is on track for delivery by June 2018, according to GMR-Megawide Cebu Airport Corp. (GMCAC).

“The construction is progressing well and on target for June 2018 completion date,” said GMCAC chief executive adviser Andrew Harrison, in a statement.

Completion of the concrete works for the civil structure of the new terminal building is scheduled by the end of this year. GMCAC will finalize awards for major suppliers for equipment and services relating to electro-mechanical works by the end of 2016.

GMCAC is investing some P32 billion for the first phase of development of Terminal 2.

Terminal 2 will be about 45,000 square meters and can be expanded further in the second phase. The new terminal will serve all international flights with eight aerobridge-equipped aircraft parking stands and will be connected by a link-bridge to Terminal 1, which will be refurbished for domestic use.

The new terminal building will also feature 48 check-in counters that are expandable to 72. It will include modular expansion capability to ensure operations can continue uninterrupted whilst expansion takes place as traffic growth warrants.

It will also have a car park that can accommodate 550 cars, which is expandable to 750 cars.

In terms of employment generation, GMCAC said more than 3,000 jobs are created during the construction of Terminal 2, with another 550 employment opportunities through concessionaires once Terminal 2 is commissioned.

Once Terminal 2 is completed, the combined annual passengers that will use the airport is projected to rise to 12.5 million from 4.5 million passengers a year.

“The MCIA is envisioned to become the world’s friendliest airport gateway that demonstrates the warmth and hospitality of the Cebuano people. It will be an airport that will make guests feel that their resort experience has started the moment they set foot in here,” the company said.

The company also has much to celebrate, as it will be recognized as a good employer.

Today, it will unveil the Labor Laws Compliance Marker at the Arrivals Forecourt of the MCIA.

The Labor Laws Compliance System (LLCS) is a voluntary compliance system of labor laws where companies are assessed and assisted to become compliant.

The Labor Laws Compliance Marker is a significant milestone for all those who work and manage the airport terminal.

GMCAC President Louie Ferrer said their company will continue to build good relations with its officials and employees as they will operate the airport for the next 23 years.

GMCAC has a 25-year concession agreement with Mactan Cebu International Airport Authority (MCIAA) to manage the domestic and international passenger terminals when it won the bidding conducted in 2014.

Department of Labor and Employment (Dole) Secretary Rosalinda Baldoz will lead the unveiling ceremonies along with other guests including Lapu-Lapu City Mayor Paz Radaza, Dole 7 Director Exequiel Sarcauga and officials from GMCAC and MCIAA.