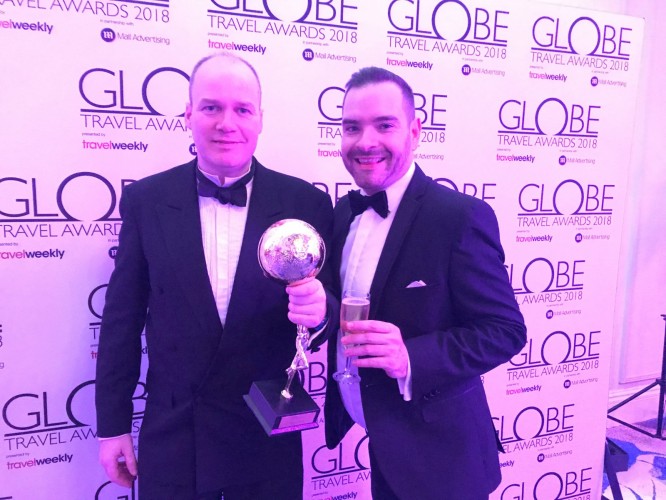 Manchester Airport is flying high after being named the UK’s best airport, for a fourth year running, at the Globe Awards hosted by Travel Weekly.

The UK’s third largest airport fought off competition from the likes of Heathrow, Liverpool and Birmingham to receive the accolade.

The award comes after a magnificent 2017 for Manchester Airport, which saw it smash its all-time passenger record, as 27.8m people passed through the airport in the calendar year. It also saw Manchester Airport announce and launch a wealth of new routes including San Francisco, Muscat and Seattle.

Voted for by travel agents, representatives from Manchester Airport picked up the award from comedian Harry Hill, at a glittering award ceremony at Grosvenor House in London.

“Last year was an incredible one for the airport with record passenger numbers and expansion by lots of our airlines.

“Looking ahead, we have some very exciting new routes already confirmed to start in 2018. We’ll also be working hard to try and retain our crown for a fifth year.”

East Midlands Airport, which is also owned by Manchester Airports Group, was also nominated for the award.