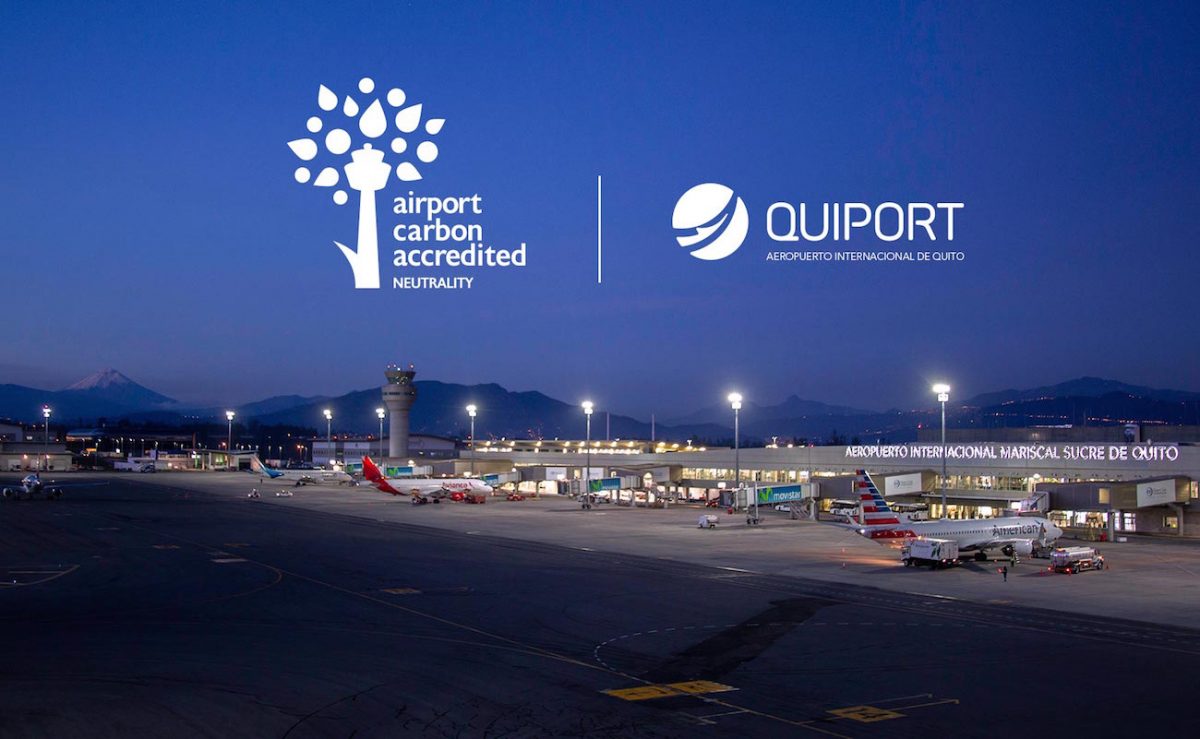 Thanks to Corporación Quiport’s initiative and management, Quito International Airport has reached carbon neutrality in the Airport Carbon Accreditation (ACA) program which was created by Airports Council International (ACI World) and is technically endorsed by the United Nations International Civil Aviation Organization, the World Bank and the U.S. Federal Aviation Administration.

The city’s airport has become the first international airport in the entire Latin American and Caribbean region to achieve carbon neutrality.

“Corporación Quiport is one of the pioneers of this program. We joined ACA in 2015 and today we have completed the four levels of the program. Corporación Quiport’s initiatives to achieve this important accomplishment have included concrete actions to reduce greenhouse gas emissions, reduce fuel consumption, increase energy efficiency, improve water management, maintain conservation areas for flora and fauna and more”, says Andrew O’Brian, President and CEO of Quiport.

It is important to note that once carbon neutrality has been achieved, a plan must be set in place to reduce greenhouse gas (GHG) emissions in order to stay at this level of the ACA program. Each year, we will recalculate the carbon footprint and maintain or reduce the levels of emissions to avoid increasing the carbon footprint, as well as offset emissions for another year.

“We continue to work so that our efforts go beyond Quiport’s operations; to date we have amplified our impact by getting 26 companies at the airport, from airlines to commercial operators, to start their own initiatives to reduce their carbon footprints”, says Mr. O’Brian.

Sandro Ruiz, General Manager of Empresa Pública Metropolitana de Servicios Aeroportuarios y Gestión de Zonas Francas y Regímenes Especiales (EPMSA) – the municipal entity in charge of overseeing the airport concession – comments, “as the representative of the Municipality of Quito at the airport, EPMSA congratulates it on becoming the first international airport in Latin America to achieve carbon neutrality. This would not have been possible without the great dedication and efforts of Corporación Quiport, which has allowed a balanced ecosystem to be maintained at the Airport”.

Quiport offsets its direct emissions by buying certified carbon credits in sustainable projects. We have chosen the MANOA REDD+ Project which works to preserve 74,000 hectares of forest in Rondônia State, Brazil, which faces threats to its biodiversity from deforestation and illegal logging.

The certificate will be officially awarded at the ACI-LAC Annual Assembly this October in Bogotá.