The Minister, Paul Maynard’s visit to Birmingham Airport is also the second stop on his UK tour of regional airports, as part of the Department for Transport’s Regional Air Connectivity Review. The review was launched recently as part of a series of measures to support regional connectivity across the UK, to ensure that people in all corners of the country benefit from prosperity and economic growth in years to come. 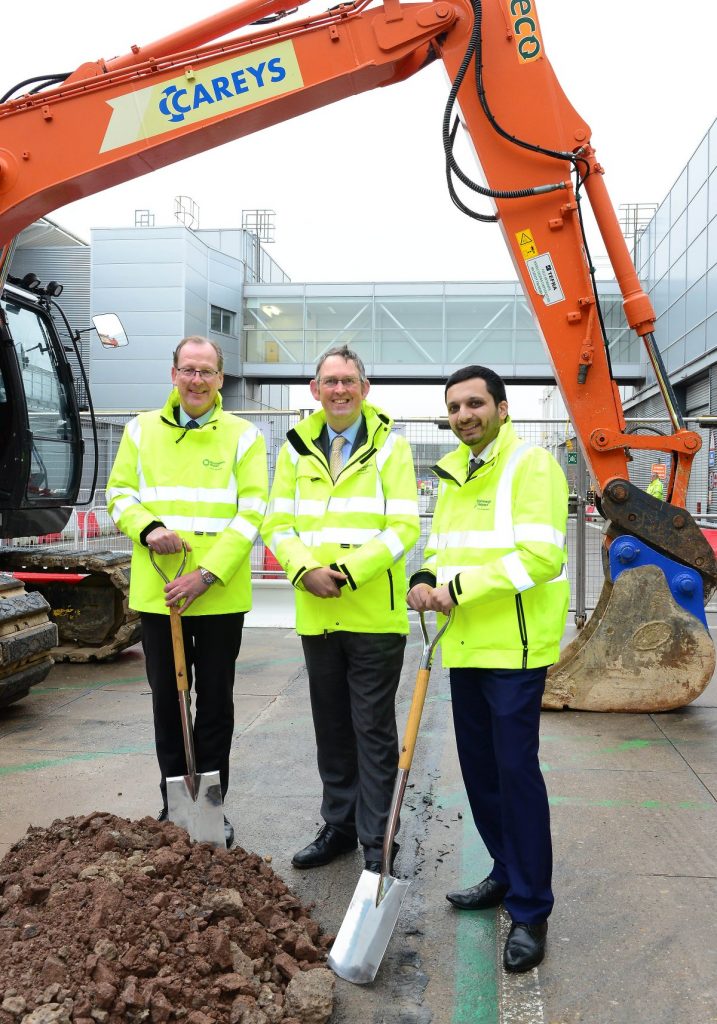 Commenting on the development, Aviation Minister, Paul Maynard, said: “Our second city’s airport serves more than one million passengers every month, so it is vital that it has the world class facilities and state-of-the-art infrastructure it deserves.

“This modern extension to the departure lounge will be good news for the whole of Birmingham, helping boost the local economy while still supporting the airport’s wider commitment of becoming net zero by 2033.”

The departure lounge extension will be 21 metres tall at its highest point and over 130 metres long. It will use one thousand tonnes of steel and at peak times will see 200 construction workers on the project.

Nick Barton, CEO of Birmingham Airport said: “The extended lounge forms part of a wider terminal transformation project, known as TE18, which will cater for the forecast growth in passenger numbers to 18 million per year by the year 2033. The departure lounge extension is the largest component of TE18 and the biggest terminal investment we have made in ten years, at a cost of £30m. Once complete early next year, it will provide a spacious and modern facility for our customers with a wide range of shops, restaurants and amenities.”

Ken Davis, PMO Project Director, Atkins, said: “With passenger numbers expected to hit 18 million per annum by 2033, the TE18 transformation project is an integral step towards future-proofing Birmingham Airport. It is great to see the project continuing to progress, as marked by today’s ground-breaking event. We look forward to continuing to deliver the airport’s expansion programme and support the needs of future passengers.”

Atkins, working in collaboration with Faithful+Gould, was appointed to deliver client-side project management and quantity surveying services in January 2019, as part of the airport’s expansion Master Plan. The team is responsible for managing the upgrade and extension of the airport terminals, and overseeing the airfield reconfiguration, to help provide a sustainable future for air transport in the Midlands.